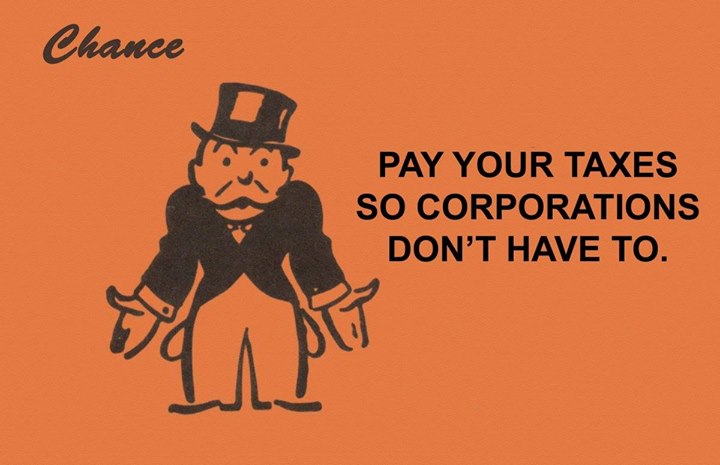 The third day in a coordinated series of non-violent public protests in WNC against the #TrumpTaxScam:

Signs and costumes need to have relevant tax related topics.
Example:
-items that are no longer tax deductible, such as classrom supplies.

The modest tax cuts for working families and the middle class expire in a few years, while the massive cuts to the super rich and big corporations remain permanent, resulting in a deficit that can’t pay for itself of over $1 TRILLION. How do they plan to pay for it?
* Cuts to Medicare – $25 BILLION slashed in 2018, for starters
* Cuts to Social Security
* Cuts to healthcare
* Cuts to individual tax deductions
* Then, in just a few years, tax increases for the middle class, while the tax decreases for the rich remain permanent