Vigil for Freedom and Racial Justice 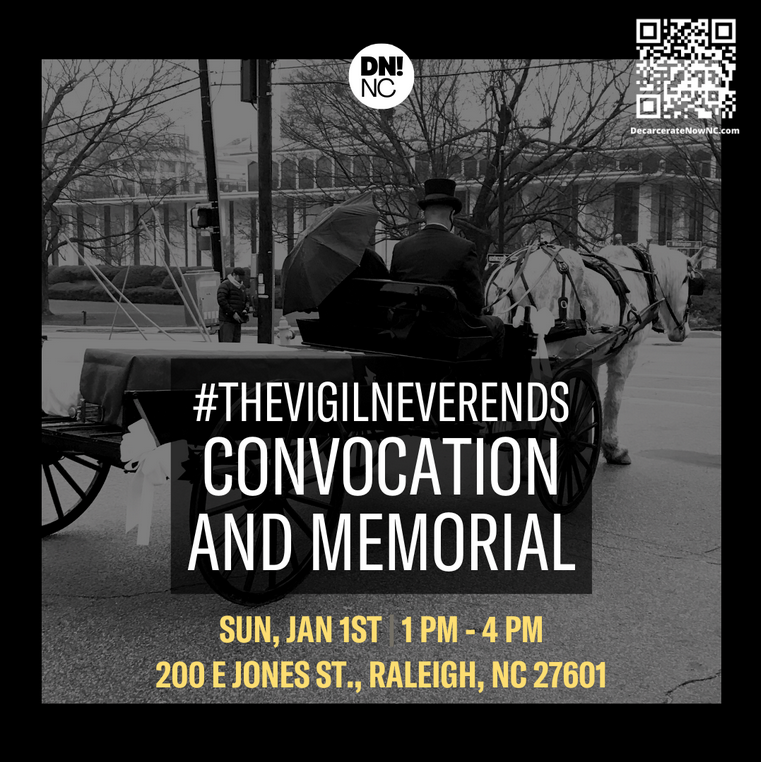 Join DecarcerateNowNC on January 1st, from 1 to 4 pm, to close out the Vigil for Freedom and Racial Justice with a convocation and memorial for all those we have lost in jails and prisons this year. We will start outside the North Carolina Executive Mansion, at the corner of Jones and Person, in Raleigh. Attendees are asked to wear all black.

Decarcerate Now NC is a broad coalition of North Carolinians calling for justice, fairness, and second chances for people incarcerated in North Carolina prisons, especially Black people and other people of color.

Decarcerate Now NC advocates for the immediate release of those who are ill, elderly, in prison for technical violations of parole, and were incarcerated as children, as well as for the commutation of the death sentences of those on death row whose trials were unconstitutionally affected by racial bias.