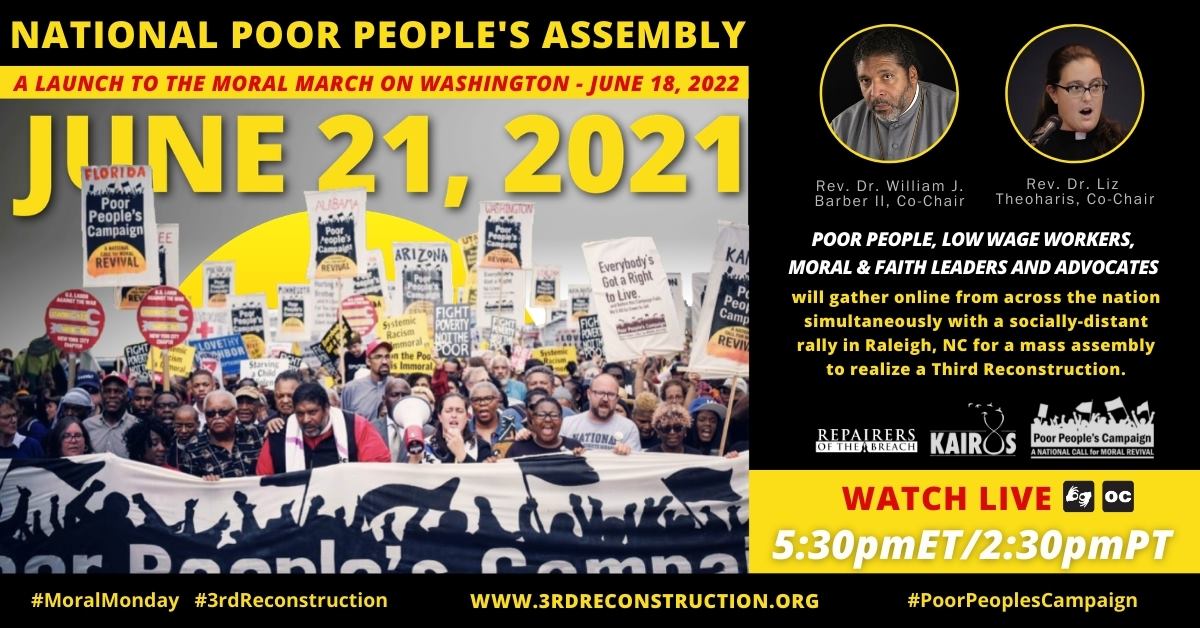 On June 21st, at 5:30 pm, poor people, low wage workers, moral and faith leaders and advocates will gather online from across the nation simultaneously with a socially-distant rally in Raleigh, NC, at the state legislature, for a historic mass assembly. Add your voice to the chorus demanding a moral revolution that puts the suffering of the 140 million+ and low-income people in the U.S. at the center of every policy debate.

This event comes one month after the introduction of a congressional resolution for a Third Reconstruction: Fully Addressing Poverty and Low-Wages from the Bottom Up. This newest congressional effort comes as a response to years of movement-building to create the collective resolve necessary to implement real and transformational legislative action.

After this event, the Poor People’s Campaign will launch a year-long campaign toward a Moral March on Washington and another assembly on June 18, 2022, in Washington, D.C.

RSVP here to join and demand a Third Reconstruction.