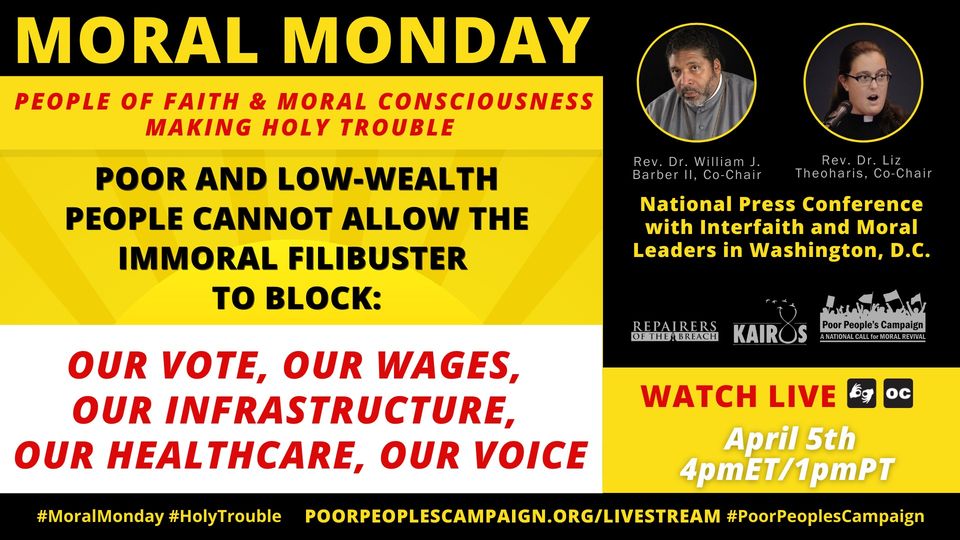 Declaring there are times for a clear moral outcry and a time when religious leaders must sound the alarm, join the Poor People’s Campaign on April 5th, for Moral Monday: People of Faith & Moral Consciousness Making Holy Trouble in Washington, D.C., at 4 pm ET/1 pm PT.

Some 100 people of faith and moral conscience will join campaign co-chairs, Bishop William J. Barber II and Rev. Dr. Liz Theoharis, for a rally and news conference where they will discuss why they are standing for voting rights and living wages and address how the filibuster, an arcane and racist tactic, obstructs the passing of moral and just policies.

As Rev. William Barber, NAACP North Carolina chair and leader of Moral Mondays, put it, “This is not about right or left; it’s about right or wrong.”