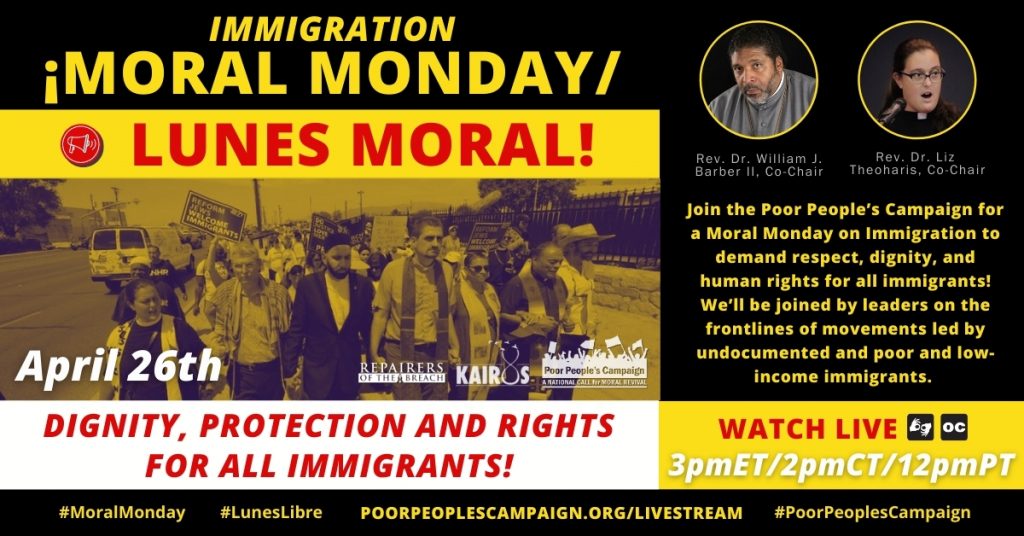 Join the Poor People’s Campaign for a Moral Monday on Immigration, April 26th, at 3 pm, to demand respect, dignity, and human rights for all immigrants!

They’ll be joined by immigrant leaders on the frontlines of movements for social change, demanding transformation of our broken immigration system with comprehensive and just immigration reform. From de-militarizing the border to the repeal of mandatory detention, deportation, child detention and family separation, to ensuring full access to public welfare and social programs and permanent protection for ALL 11 million undocumented immigrants, EVERYBODY has the right to live and thrive in this country.

***This online event will be interpreted into ASL and Spanish, and open captioned***