Moral Monday: Women on the Frontline 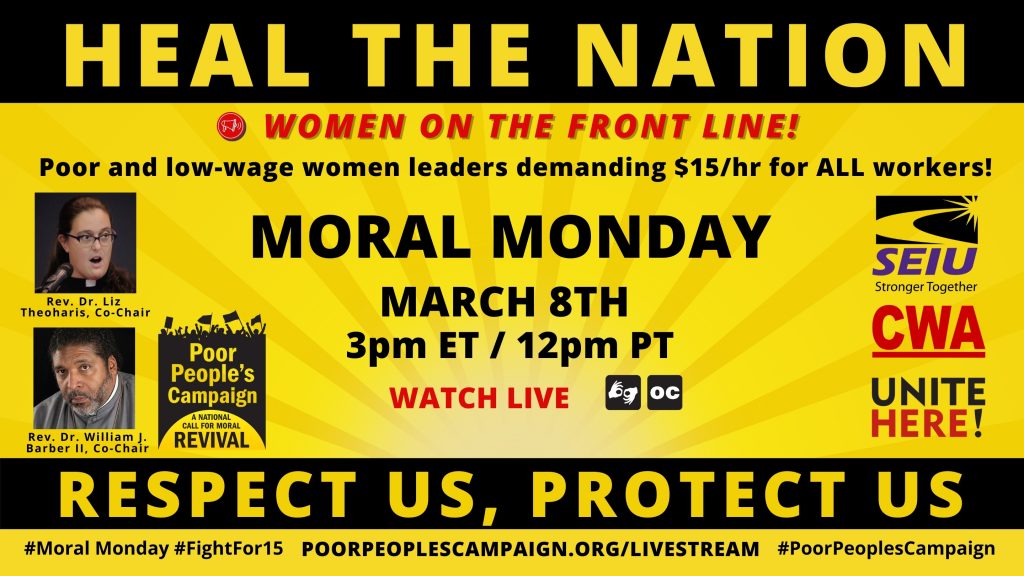 The Poor People’s Campaign and Repairers of the Breach have led peaceful protests and actions every Monday since 2013. Join the next Moral Monday on March 8th at 3 pm ET/12 pm PT as we continue to push Congress and the White House to enact their 14 Policy Priorities to Heal the Nation. As Rev. William Barber, NAACP North Carolina chair and leader of Moral Mondays, put it, “This is not about right or left; it’s about right or wrong.”