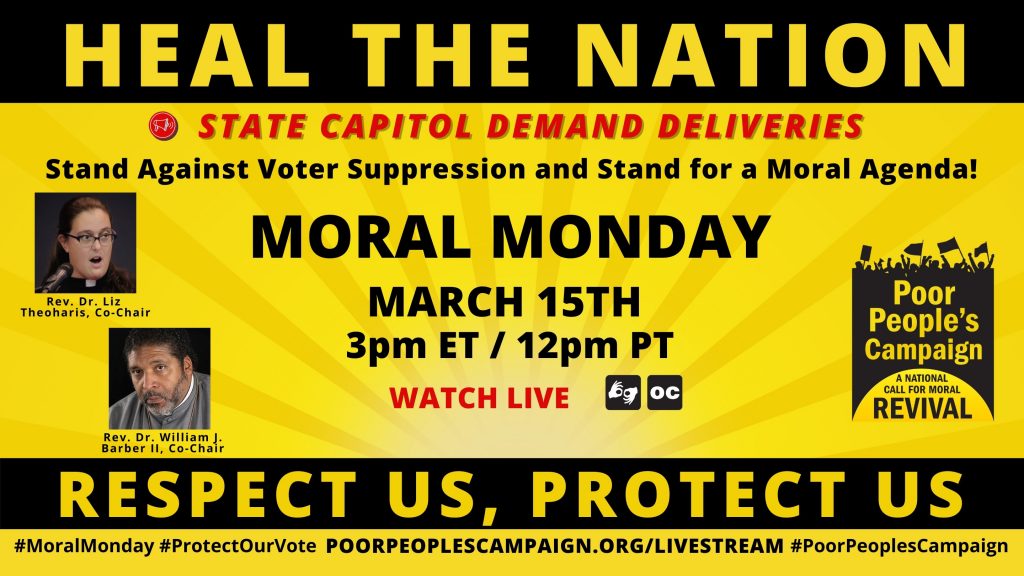 When our vote is suppressed, elected officials pass policies that hurt us. Join us on Moral Monday, March 15th, for in-person socially distant demand deliveries in the capitals of 30 states and for a national livestream and call-in action at 3 pm ET / 12 pm PT.

Click here to RSVP for the state actions and/or the national broadcast.

The Poor People’s Campaign and Repairers of the Breach have led peaceful protests and actions every Monday since 2013.  As Rev. William Barber, NAACP North Carolina chair and leader of Moral Mondays, put it, “This is not about right or left; it’s about right or wrong.”

We stand against voter suppression and FOR a moral agenda!