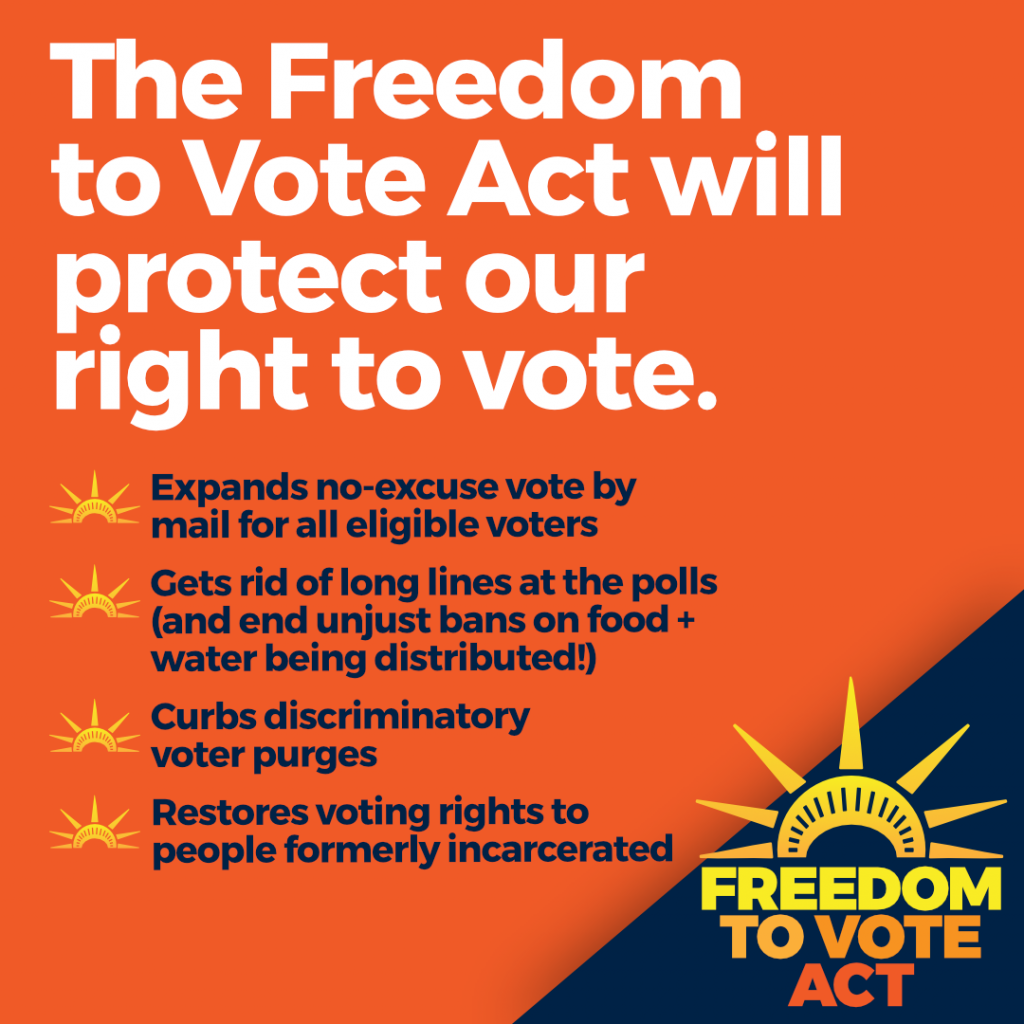 Day 3: Protect Our Right to Vote

Today we are asking everyone to focus on the part of the Freedom to Vote Act that will protect our right to vote. The Freedom to Vote Act prohibits states from limiting mail-in ballots, bans laws that criminalize providing food and water to voters waiting in line, automatically restores voting rights to formerly incarcerated individuals who have served their time, and curbs discriminatory voter purges.

Each year, people are purged from the voter rolls because they haven’t voted recently or because flawed data incorrectly indicates they are ineligible. Those who are wrongfully removed often don’t even learn they were purged until they show up to the polls and are denied the opportunity to cast a ballot that will be counted. There is growing evidence these “voter purges” disproportionately remove Black and Brown voters from registration rolls. The only way our democracy works is if every vote is given the chance to be counted.

The only way our democracy works is if EVERY voter is given a chance to vote and EVERY vote is counted. Protect voting rights & pass the #FreedomToVoteAct now.

NC @SenThomTillis and @SenatorBurr voted AGAINST voting rights. Both voted NO on the #ForThePeopleAct, NO on the #FreedomToVoteAct, and both voted to FILIBUSTER the #VRAA Voting Rights Advancement Act. NC deserves better. Protect our right to vote!

The Senate should step up & protect voting rights for all Americans. Change the filibuster – it’s #TimeToAct. We need to pass the #FreedomToVoteAct. #VotingRightsNow!