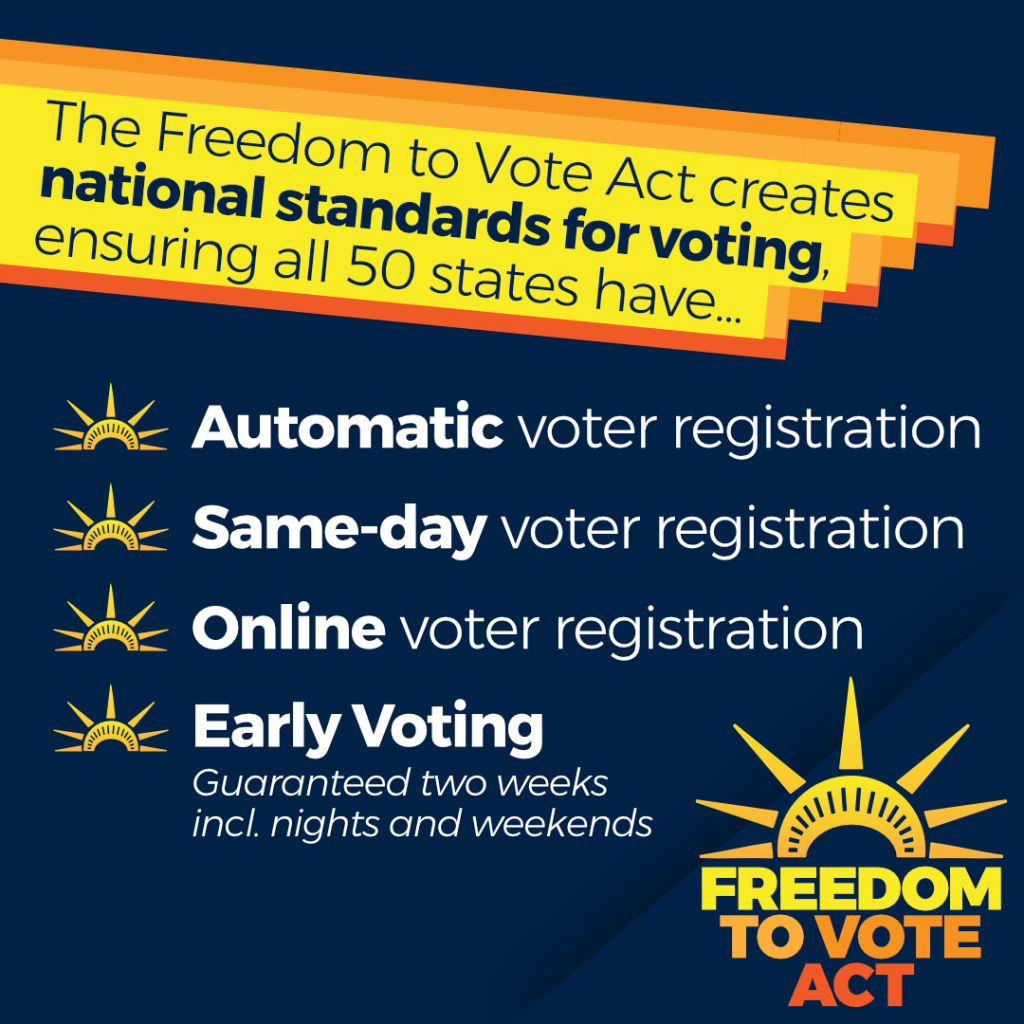 For this first day of action we ask you to focus on the aspect of the Freedom to Vote Act that will create national standards for voting. These standards will ensure that all Americans have access to automatic registration, same-day and online voter registration, and early voting.

All Americans deserve the freedom to vote, wherever they live. We need national voting standards now! Pass the #FreedomToVoteAct.

Early voting, same-day registration, automatic registration: the national voting standards in the #FreedomToVoteAct make it easier for ALL Americans to vote.