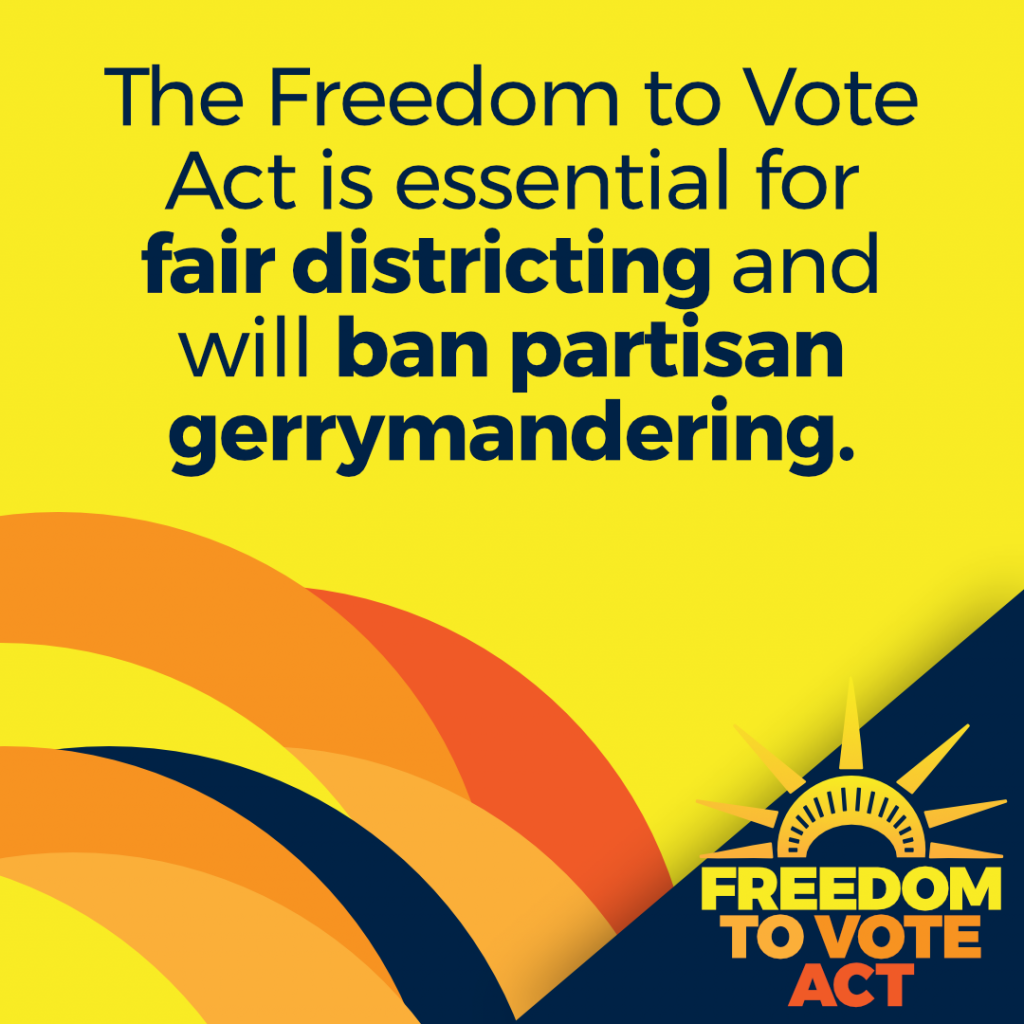 ymanderDuring this week’s Senate recess, we’re joining with people all over the country in a coordinated #TimeToAct Week of Action, to call attention to the urgency of changing the filibuster and passing the Freedom to Vote Act now.

Today’s action focuses on something North Carolinians are all too familiar with: ending partisan gerrymandering and ensuring fair maps. Politicians should never be allowed to choose their voters, as is done in North Carolina. Just last week, the GOP-led state redistricting committee passed into law maps that will turn a 50/50 voter split into a minimum 70/30 win for Republicans. This cannot continue. Added: On this last day of our Freedom to Vote Act week of action we’re focusing on the section of the act that will make it easier and more uniform to recruit nonpartisan poll and election workers and will help protect them from hyper-partisan threats.

The Freedom to Vote act will prohibit partisan gerrymandering in all 50 states. This is essential for creating fair maps. The For the People Act’s Redistricting Reform Act provides for Independent Redistricting Commissions (“IRCs”) — a voter-centric reform to ensure that district boundaries are not beholden to any political party. IRCs create a fairer process by taking redistricting out of the hands of legislators and establishing national standards for commission membership and for drawing district maps. We cannot keep allowing politicians to create maps that don’t reflect the communities they represent.