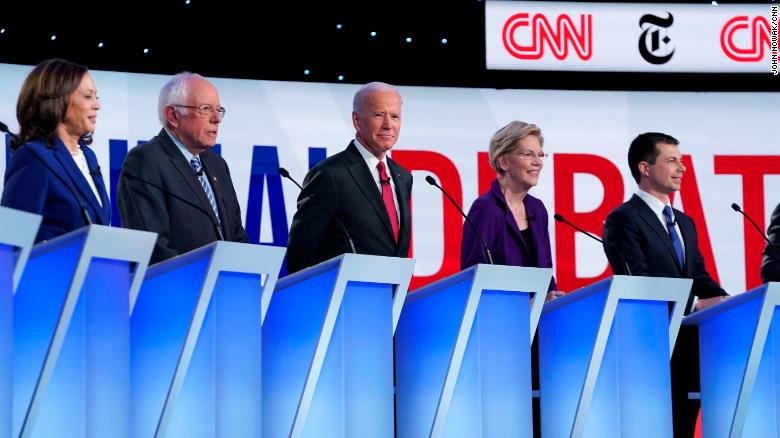 Join us for the sixth Democratic Primary Debate! We’re hosting a Watch Party again with The Block Off Biltmore, so join us for free food and a fun crowd. The December Debate is being co-hosted by PBS NewsHour and Politico and is being held at Loyola Marymount University in Los Angeles, the first primary debate to be held on the west coast.

The requirements to make the December Debate are the strictest the Democratic National Committee has set so far, and it could make for the most intimate debate stage yet. So far, these six have already qualified: Joe Biden, Pete Buttigieg, Kamala Harris, Amy Klobuchar, Bernie Sanders and Elizabeth Warren. The other candidates have until December 12 to meet the qualifying criteria.

This should be a good one. We hope to see you there!

NOTE:  We expect the debate will air at 9pm, so we will start gathering at 8:30. This is an estimated start time and will be updated when timing and other details are made public by the debate organizers.