Deadline for Democracy: Pass the For The People Act 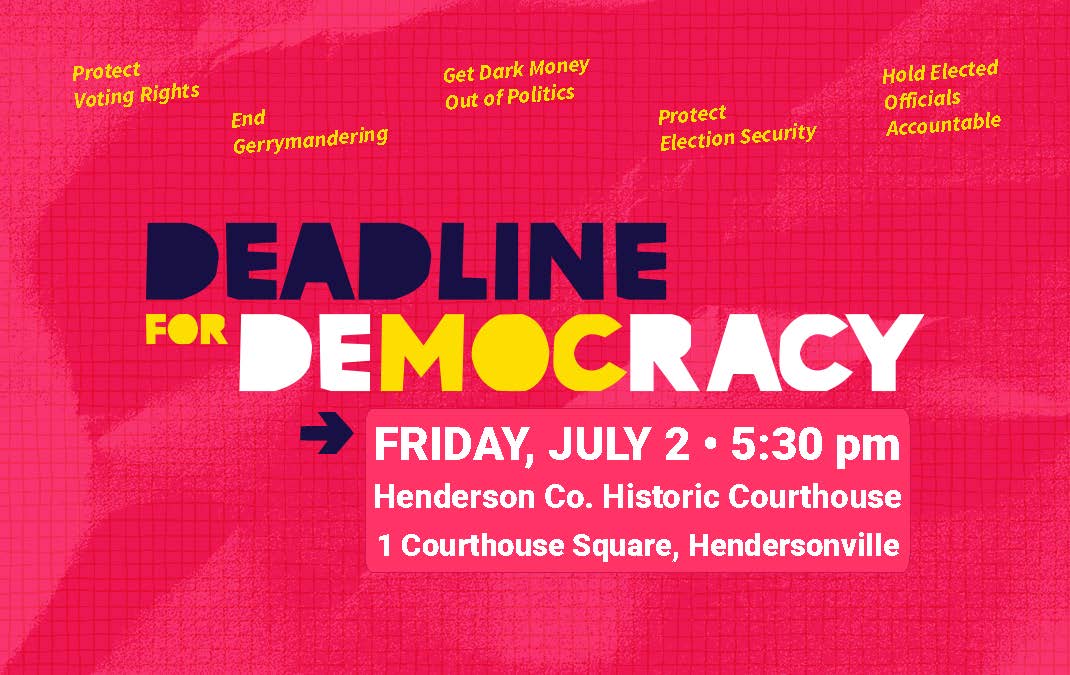 Indivisible AVL is joining with groups all over the country in a coordinated “Deadline for Democracy” campaign during the July Congressional recess (6/28-7/10), in order to draw attention to the urgency of passing the critical democracy reforms contained in the For the People Act.

On Tuesday, June 22, NC Senators Thom Tillis and Richard Burr voted AGAINST even opening up for debate this critical voting rights and democracy reform legislation. Tillis had already stated his opposition, actually calling the bill “partisan,” so on Friday, July 2nd, at 5:30 pm, we will gather in front of his office in Hendersonville to hold up the elements of our democracy that are at stake with his vote, and to take action to get the bill passed.

The For the People Act would be the most significant voting rights and democracy reform in more than half a century. We can’t let it wither and die. Join us at the Historic Courthouse in Hendersonville to show Thom Tillis what his vote means to his constituents and to all Americans.

If you can’t make it July 2nd, download these ready-to-print postcards to Senators Tillis and Burr. And keep calling and writing. Remind them that democracy is not a partisan issue!

For an excellent, easy-to-read overview of the For the People Act, see this annotated guide from the Brennan Center for Justice. You can also read a section-by-section summary of the bill here.