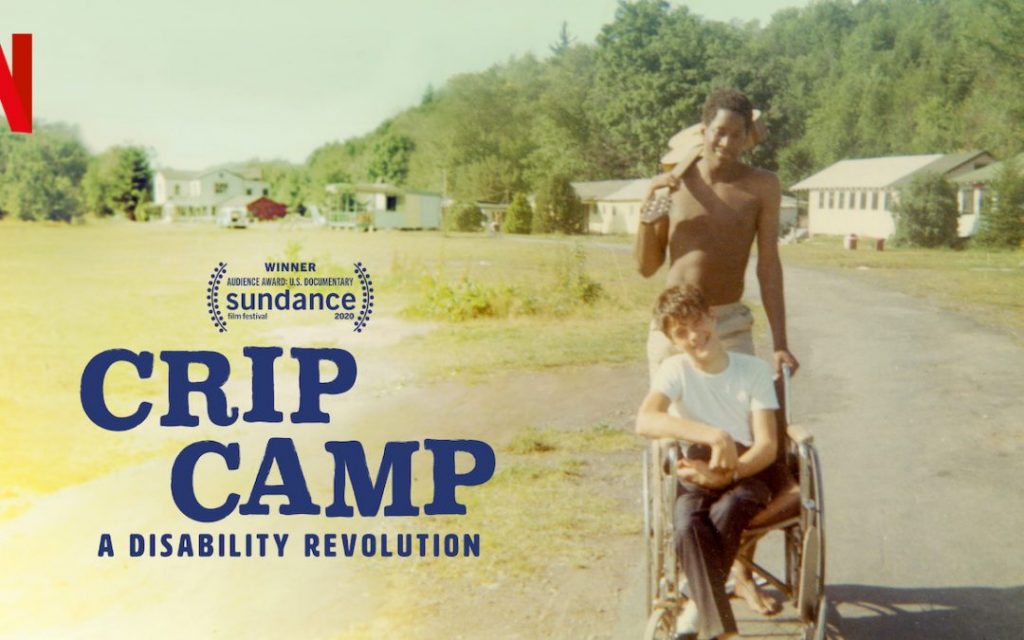 Join the NCDP Disability Issues Caucus on Friday, April 30th, at 7 pm, to screen and discuss Netflix’s newest documentary, Crip Camp. The 2020 documentary film is a powerful reminder that community is power and culture.

Crip Camp starts in 1971 at Camp Jened, a summer camp in New York described as a “loose, free-spirited camp designed for teens with disabilities.” The film focuses on the campers who turned themselves into activists for the disability rights movement and follows their fight for accessibility legislation.

The film was directed, written, and co-produced by Nicole Newnham and James LeBrecht. Barack and Michelle Obama serve as executive producers under their Higher Ground Productions banner.