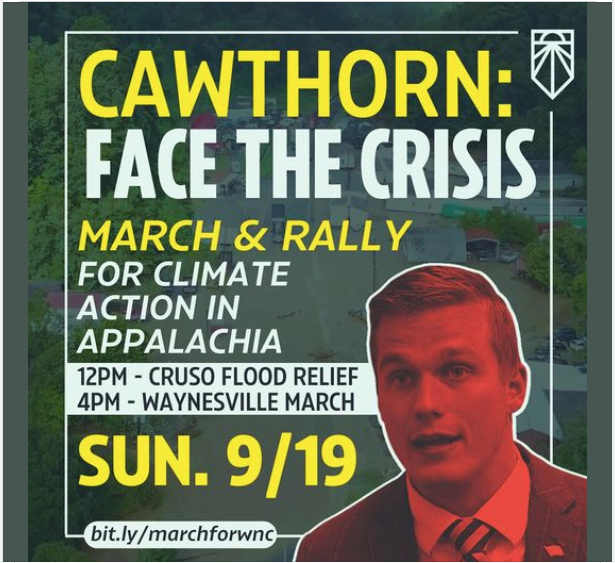 In August, Western North Carolina was devastated by catastrophic flooding from Tropical Storm Fred. The damage was severe, but Rep. Madison Cawthorn has done nothing but grandstand about “rigged elections” and ignore the needs of his district in this critical time.

More importantly, Cawthorn is also on the House Education and Labor Committee which will determine the scope of legislation like the Climate Civilian Corps to bring good paying jobs and start the path to sustainable, community-centered recovery in Appalachia.

Sign up here to join the March and Rally in Waynesville on Sunday, September 19th, at 4 pm, to target Rep. Cawthorn and hold him accountable.