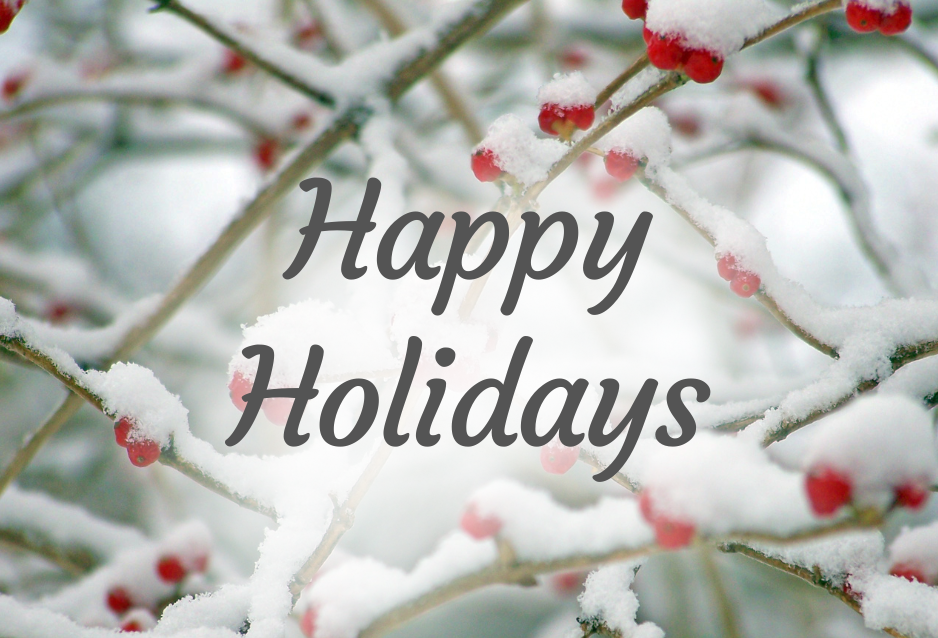 Chances are that if you live in the northern hemisphere (which includes North Carolina, ICYMI), you’re celebrating something this month. There are at least 19 holidays in December. Seven are Christian, one Buddhist, one Jewish, one Wiccan/Druid/Pagan. One Japanese, one Latin American, one Scandinavian, one African American and throughout the African diaspora.

One is at least 4500 years old, another was created in 2005. We have holidays about births, actual and symbolic. Holidays about deaths, not symbolic. About saints and journeys. About community, dignity, respect for human rights. Enlightenment. Purification. Mostly about peace and joy and goodwill, except one that’s about a miracle after winning a war.

In this darkest month, we celebrate the turning of the season, the return of light — and we celebrate it with lots of lights. Where it’s darkest, in Scandinavia, they’ve got St. Lucia’s Day for their patron saint of light, wearing a crown of (electric) candles. Gautama Buddha didn’t seek light, but he did seek enlightenment – under a tree, on Bodhi Day.

Lights, and trees, lots of trees, whether you’ve got a Buddha under one or wrapped gifts. Evergreens, holly, mistletoe. Gifts and more gifts. Family, bound by blood or friendship. Food and food and food and more food. Eggnog, wine, non-alcoholic beer, whatever’s your pleasure.

And festivities as the year rolls over into 2023!! Fireworks, music, dancing, countdowns. Balls falling. Bubbles rising.

Unless you’re Japanese, in which case you must clean and purify your home and pay your debts before you eat, drink and make merry.

If you’ve ever wondered about all the winter holidays we have around the world, here’s a short list.

December 13 – St. Lucia’s Day (~400). St. Lucia was martyred for her Christian faith, becoming the patron saint of light. In the Nordic countries, December 13 was the solstice on the old Julian calendar, and people associated it with a mythic character called Lusse. After Christianity took over around 1,000, Lusse’s day became St Lucia’s Day.

December 18-26 – Hanukkah (25th day of Kislev on the Hebrew calendar). Commemorates the Maccabees’ defeat of the Greeks in battle. The Menorah’s eight candles are lit one by one by the center candle to remember the miracle of a day’s worth of oil that lasted for eight.

December 21 – Winter solstice. Celebrated for millenia all over the world, particularly in the northern hemisphere. Stonehenge was under construction around 2500 BCE to line up with the solstices: sunrise for the summer solstice, sunset for winters. So the winter solstice has been sacred for at least 4500 years. It’s also called Yule by Pagans, Wiccans and Druids, who celebrate the rebirth of the sun. “Yule”is “Jol” in Norway, a crucial occasion in the Viking belief system. In the mid 900s, King Haakon I of Norway began Christianizing his country by moving the Yule festivities a few days to coincide with Christmas, and decreeing that each man should have a measure of ale, and should celebrate as long as it lasted.

December 24, 25, 26 – Christmas Eve, Christmas Day, Boxing Day. Christmas and the days before and after mark one of the two holiest occasions on the Christian calendar — the other being Easter Week.

December 26-January 1 – Kwanzaa (Established 1966). Created in the United States by Dr. Maulana Karenga, Kwanzaa has spread to the Caribbean and other places with large African populations. It’s a time to celebrate African and African-American traditions and culture with family and friends.

December 31  – New Year’s Eve (Traditional). People around the world anticipate the coming of the new year on the last day in the Gregorian calendar. In street parties and large galas, crowds celebrate with fireworks and live broadcasting. At home, people eat, drink, dance, and watch on TV as the new year begins in each successive time zone. Oh, and kiss when it’s midnight in your own!

December 31 – Omisoka (Traditional). Japanese people pursue physical and spiritual cleansing on the last day of the year. These rituals have names: Toshinoyu is the cleansing bath. Osoji is cleaning the whole house. Joya-no-kane are the temple bells that ring out 108 times to banish the 108 Bonnou, the human desires and passions that disturb the mind. Not all is serious — many people watch a music program on TV called “Kohaku Uta Gassen.” Most popular artists of the year appear on this show.

Whatever you celebrate, we hope you have a wholly happy holly holiday!