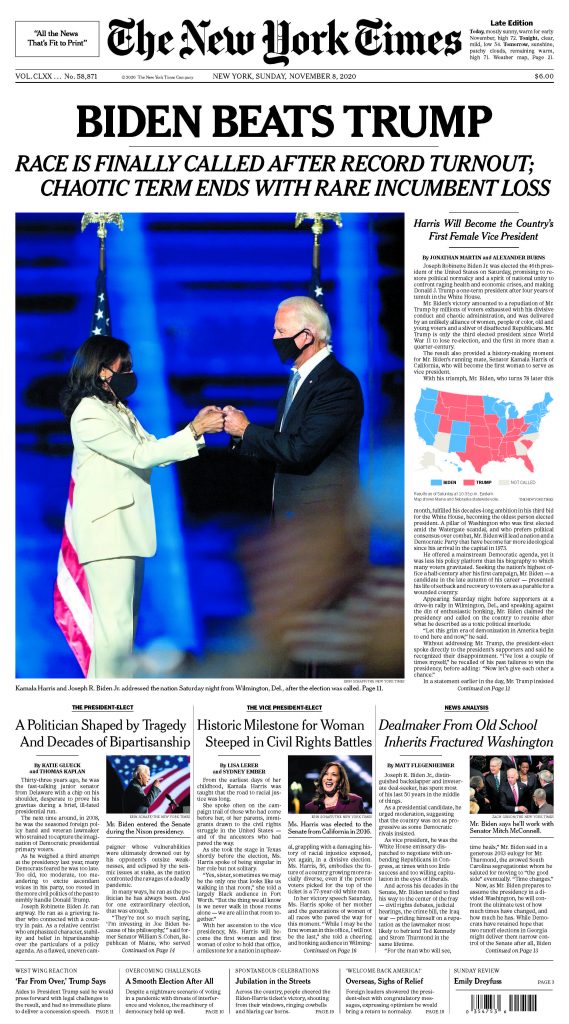 Four years ago the headlines were very different.

Four years ago, on the heels of a much different election, three people in Asheville got together and decided that something had to be done. We didn’t exactly know what, but we knew we needed to organize to protect our democracy from what appeared to be a looming threat. At the time we had only a vision of creating “a local hub of actions, information, and resources.”

We continued to meet. And the little group grew rapidly from three to a dozen, then 15 and 20, referring to itself only as the “Local Hub.” A month and a half later, we discovered a Google doc called “The Indivisible Guide” that showed how to hold our elected officials accountable and advocate for policies that mattered to us. By mid-January we had decided to call the group Indivisible and added the place name Asheville/WNC, not knowing at the time that other groups like ours were springing up all over the country, many of them embracing the same Indivisible name.

The next four years were a whirlwind of activity – and hard work.

In 2017 we got organized around issues, learning how to mobilize in coordinated actions to hold our members of Congress accountable and draw attention to serious concerns about healthcare, immigration, and the environment. In 2018 we got serious about voter education and the midterm elections, holding interviews and public forums with candidates. In 2019 we incorporated as a nonprofit, elected a board of directors, and began fundraising and applying for grants, while expanding partnerships and working out plans for a year-long voter engagement campaign. For all of 2020, even after the pandemic hit, we worked an ambitious program of voter outreach right here in Buncombe County, helping to make this the second highest voter turnout in the state.

Four years of activism, education, and outreach. Four years of letters to the editor and letters to our reps. Rallies, press conferences, marches, town halls. Candlelight vigils. Film screenings. Educational programs. Door-to-door canvassing, phone banks, relational organizing. Neighborhood outreach. Voter registration events. Actions and outreach in partnership with organizations in WNC and across the state. And through it all, seasoned community organizers worked with newly charged activists to rise up and defend democracy in ways large and small right here in our own community – while watching the same thing happen in other communities across the country.

All from a handful of people who thought something had to be done – a reminder of the truth of that often quoted line from Margaret Mead: “Never doubt that a small group of thoughtful, committed citizens can change the world. Indeed, it is the only thing that ever has.”

Posted in News
← Sign Up Now to Protect the Results2020 “Let’s All Vote!” Campaign: A Year in Review →