Just a few days ago the Republican-led Redistricting Committee released some very bad gerrymandered maps for North Carolina’s Congressional Districts and State House and Senate Districts. These maps will likely be voted on within the next week. It is CRUCIAL that everyone submit public comments objecting to the proposed maps ASAP.

Public comments become part of the public record and are used to justify changes should the courts have to intervene. This has happened many times over the past 10 years. We’ve seen that public comments documenting what voters want and what’s best for communities DO make a difference.

The nonpartisan Princeton Gerrymandering Project has graded all of the proposed redistricting maps on Partisan Fairness, Competitiveness, and Geographic Features, and every one of the North Carolina maps drawn by Republican committee chairs received an overall grade of F – their draft Congressional maps and the only draft State House and State Senate maps that have been proposed. Notably, the only Congressional maps that didn’t get an F grade from Princeton actually scored an overall grade of A – and all three of these A-rated maps were drawn by Democrats (see Map CST-6 by Senate Democratic Whip Jay Chaudhuri, and CBK-4 and CBK-5 by Senate Democratic Caucus secretary Ben Clark).  If you want to look more closely at the Princeton grades, a good place to start is this excellent summary sheet.

The proposed maps for state legislative districts are blatant gerrymanders. 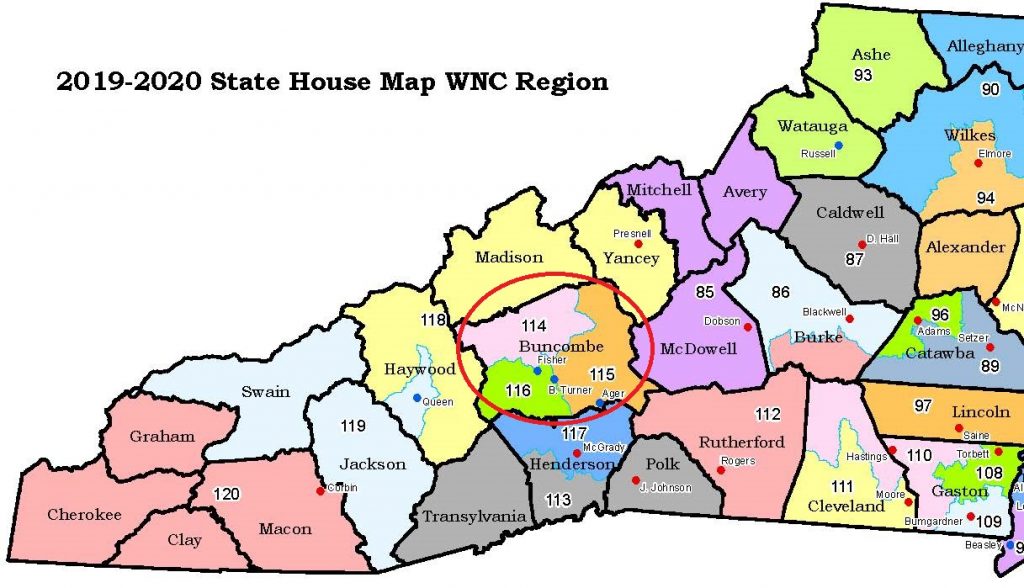 Now look at the district lines they want to impose: 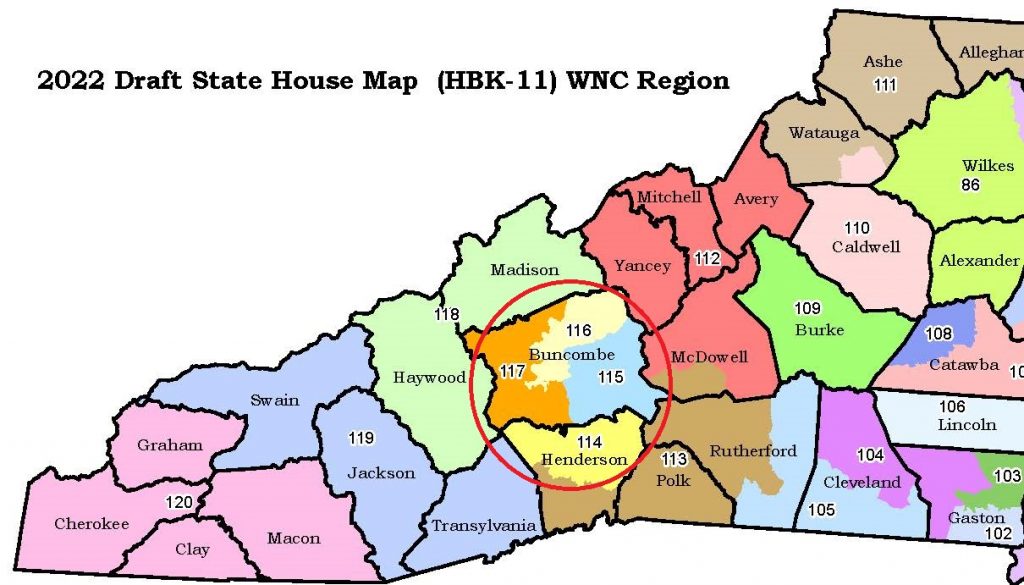 What’s wrong with this map: 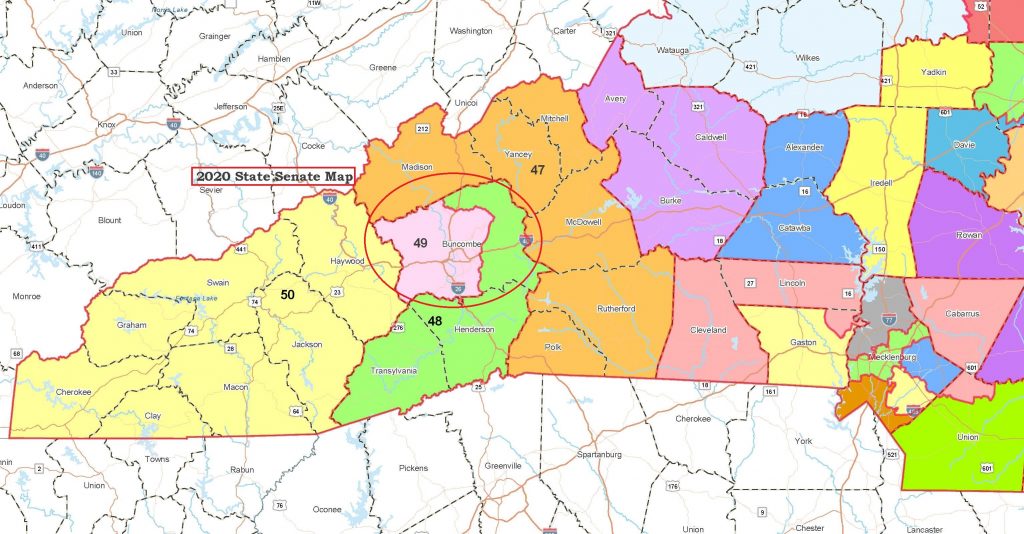 The NEW map, however, carves out a huge swath of Buncombe County — even the northern and northwestern part of the county — and moves it EAST into District 47 with all of McDowell and Burke Counties: 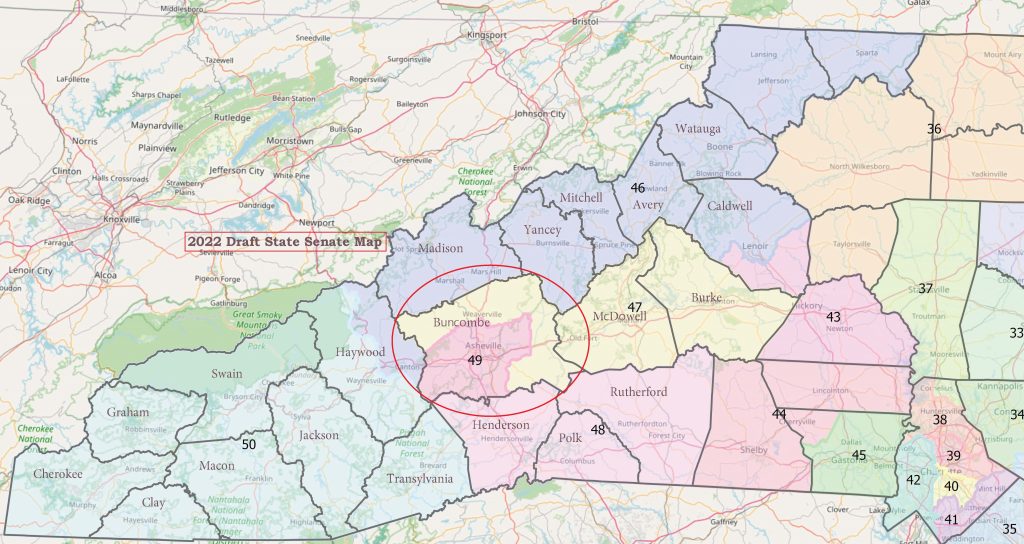 This makes absolutely no sense — unless the goal is to dilute the voices of voters in Buncombe County.

What’s wrong with this map:

Now for the funny stuff.

Although these are F-graded maps overall, the Western North Carolina section is actually not bad in terms of cohesiveness and competitive advantage.

But do you see the funny part? In all three maps, there’s a squiggle in Watauga County that’s pulled out and dropped into an adjacent district: That happens to be where Republican Congresswoman Virginia Foxx lives. Pulling her home base into a different district saves her from having to run in a primary against Madison Cawthorn. Obvious partisan manipulation to protect an incumbent.

What’s wrong with these maps:

As State House Rep. Brian Turner so clearly summed up, “Fair districts keep elected officials accountable to voters. Gerrymandered districts leave voters out in the cold and they have no place in a democracy. Plain and simple, politicians should not draw maps.” Unfortunately, that’s what we’re dealing with in our state right now, so our job is to hold those politicians’ feet to the fire and demand that they redraw these outrageously gerrymandered maps.

Stand up and speak out today! Submit your public comments now at: https://www.ncleg.gov/requestforcomments/38

You can also view all of the proposed maps here.