How did a little known professor, conservative talk radio host and stoker of the birther conspiracy theory become Trumpâ€™s pick to be the Department of Agricultureâ€™s Chief Scientist? 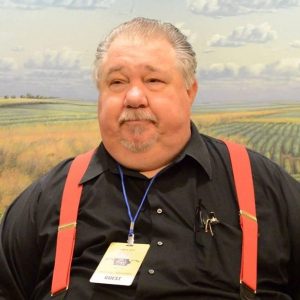 Sam Clovis is not an agricultural scientist nor is he an agricultural economist nor does he appear qualified for a position that, by law, must be drawn from â€śamong distinguished scientists with specialized training or significant experience in agricultural research, education and economics” Mr. Clovis holds a B.S. in political science, an MBA and a PhD in public administration. The post for which he is nominated has traditionally been occupied by individuals with advanced degrees in science or medicine.

On climate change, he stated in 2014 that he was â€śextremely skepticalâ€¦a lot of the science is junk science.â€ť Alarmingly, the Department of Agriculture division he would oversee conducts climate science research â€“ from studying how to reduce the carbon footprint of food production to coming up with ways for farmers to adapt to more severe weather patterns. Moreover, the USDA’s Chief Scientist is tasked with administering its policies to ensure â€śscientific integrityâ€ť in the department. His nomination is yet another sign that the Trump Administration rejects science-based policymaking.

Clovis is a weak-credentialed and unqualified choice to be the Department of Agricultureâ€™s Chief Scientist.

Have you written a good letter to the editor (LTE) recently? A well-written LTE is very effective, especially around election time. TIPS: Check the publication’s guidelines, and follow them carefully. If the word count is 200 words, don’t submit a 220-word letter! Focus on one issue, not many. SUBMIT: Submit to the Asheville Citizen-Times and…
Read More →

UPDATE (Oct 15, 2020): A pre-recorded training module will be provided to each new volunteer after you sign up. Please use the links below to sign up for shifts, and a vote tripling team leader will follow up with you soon to provide training and materials. Indivisible Asheville/WNC announces the launch of a well-researched and…
Read More →

With a great turnout at two locations, Indivisible AVL wrapped up our “Ice Cream for Democracy” voter outreach events on Saturday, September 5th. In partnership with Sweet Ride Asheville, we again brought free ice cream for kids and voting info for adults to neighbors in the Haw Creek community and to residents of Ledgewood Village…
Read More →

The national Indivisible Project has awarded Indivisible AVL a GROW Grant, for help with community outreach in its 2020 “Let’s All Vote!” Campaign. The GrassRoots Organizing Wins (GROW) Grant program was designed to support group collaboration and capacity building, with funds awarded for projects, supplies, trainings, venues, vendors and more. The purpose of the GROW…
Read More →