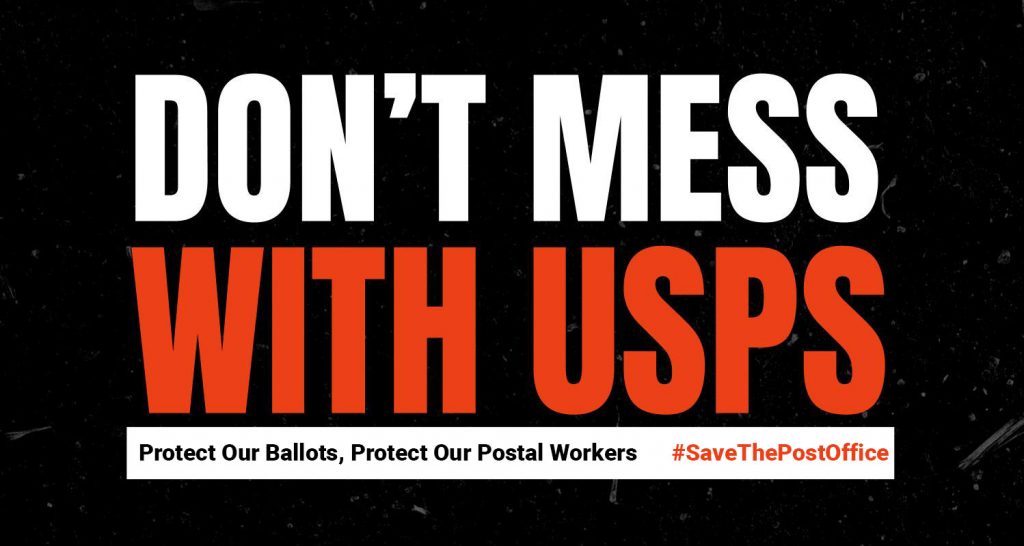 The American Postal Workers Union (APWU), representing over 200,000 postal workers, is organizing rallies at post offices across America and calling on supporters to join in a massive show of support on August 25th. The APWU members who serve us every day have three immediate demands of our elected officials and of Postmaster General DeJoy:

The House interrupted summer recess to do exactly that. With a vote of 257-150, the House passed a bill on Saturday 8/22 that meets all three of those critical needs. We now need for the Senate to act. So on Tuesday, please take the following actions: