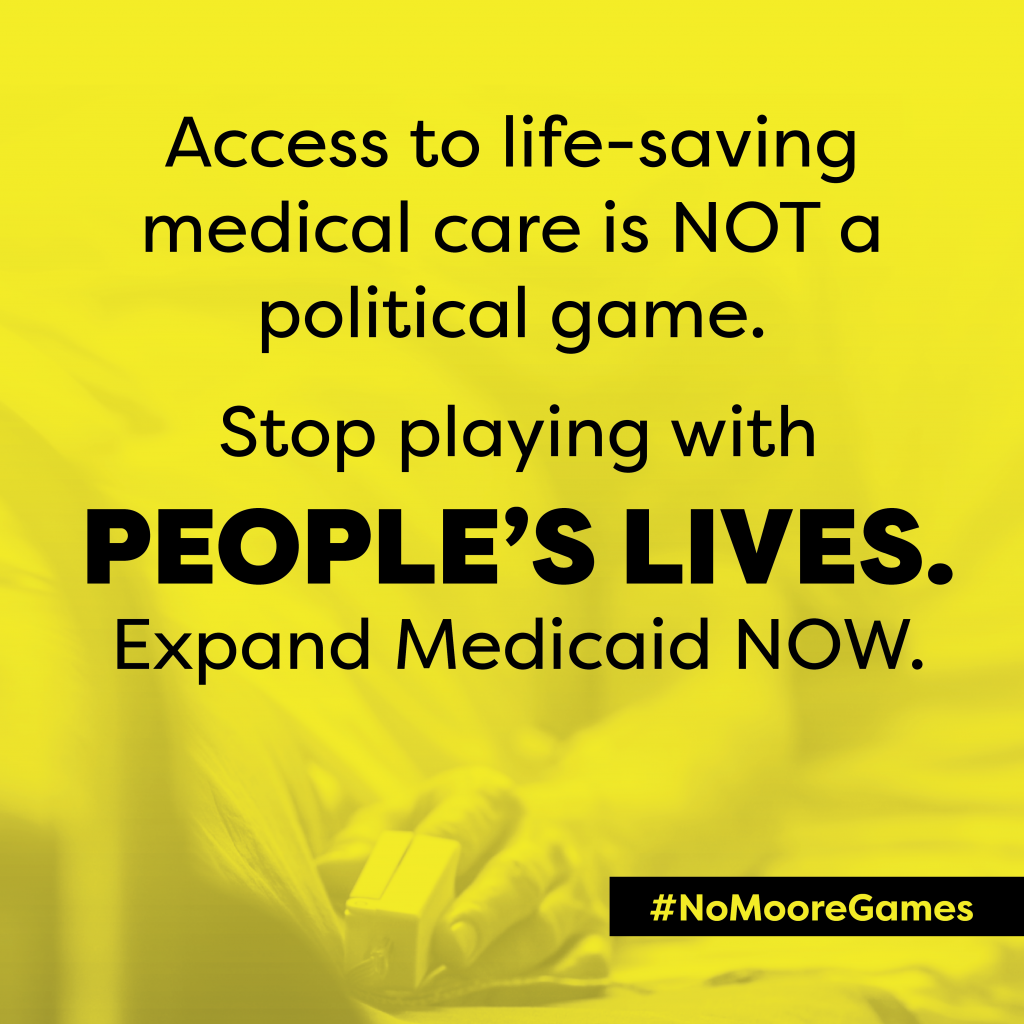 Join Health Action NC , and friends in a “No Moore Games!” Tweetstorm for Medicaid Expansion on Monday, August 22, from 2 to 3 p.m., to urge Speaker Tim Moore and Senate President Phil Berger to stop playing politics with Medicaid expansion.

After historic momentum to expand Medicaid, efforts have slowed down to a trickle because of what appears to be a blame game between the two chambers of the NC General Assembly (NCGA) and the NC Healthcare Association. Meanwhile, the real losers are the 600,000 North Carolinians stuck in the coverage gap without access to affordable healthcare coverage.

This tweetstorm will target the main political players: Speaker Moore and Senator Berger. We will 1) demand that NC legislators stop playing games with people’s lives and 2) publicize the public demonstration we are holding on August 23 (10 AM) at the NCGA.

We will also tag our current reps in the NC House and Senate.  In Buncombe County, that includes:

Find your current reps at https://www.ncleg.gov/FindYourLegislators

The tweetstorm toolkit with graphics is available at https://bit.ly/nomooregames