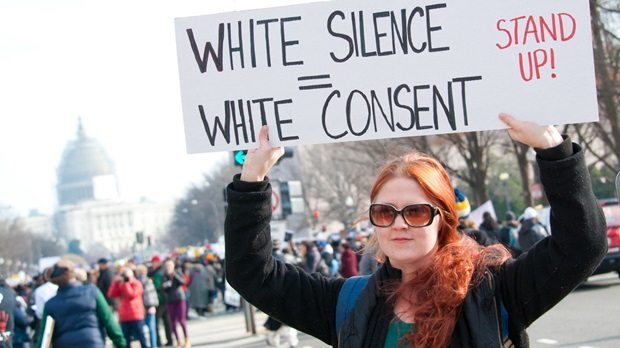 In the wake of Charlottesville, we will be writing to the president, our representatives, and the Justice Department to let them know we expect them speak out and fight back against the alt-right and the growing threat of domestic terrorism.

White supremacy is not just limited to Charlottesville, nor is it something new. It’s a reflection of centuries-long oppressive structures that permeate every aspect of our government, financial systems, cultural norms, and society at large. It’s a system in which Black and Brown bodies are continually devalued, marginalized, and criminalized, and those that perpetrate violence on people of color are protected, promoted, and honored. It is also a toxic Christianity in which Jews are the enemy.

At the rally, famed white nationalist and former Ku Klux Klan leader David Duke said the rally and its message help to fulfill the “promise” of Donald Trump’s campaign. And he’s right.

In response to the events, Trump claimed there are ‘many sides’ deserving of blame for today’s events. But the facts are clear: this was a terrorist attack. His abject moral failure demonstrates that white supremacy also remains codified at the highest level of our government.

We must tell him and his supporters and enablers that they are wrong, and they are accountable.

Beer & Politics is a fun and easy way to reach out and make our voices heard. Drop by after work any time between 5:30 and 7:00. We’ll supply fact sheets on this week’s topics, plus address labels, postcards, stationery, envelopes, and stamps.