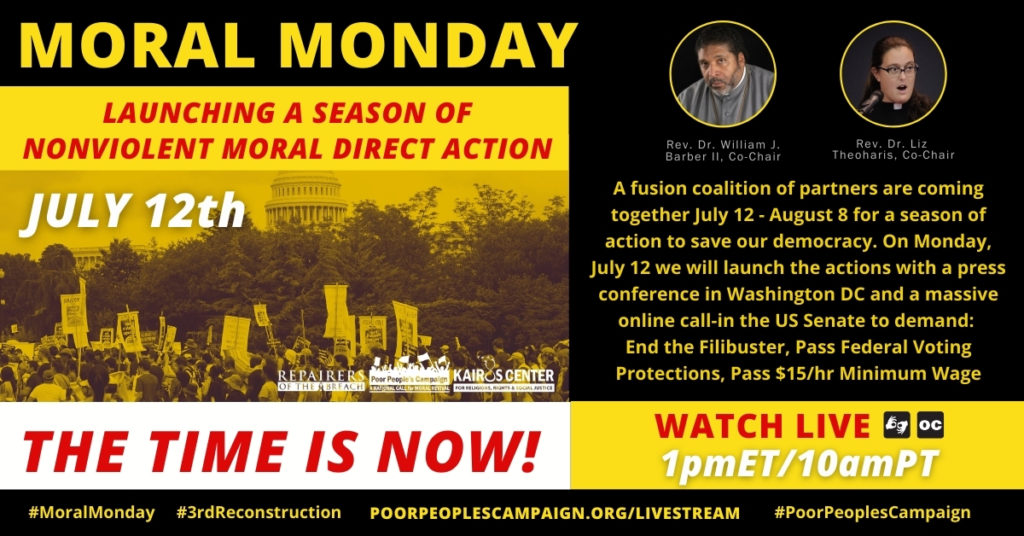 The Poor People’s Campaign is launching a Season of Nonviolent Moral Direct Action July 12 – August 8, to demand that Congress end the filibuster, pass all provisions of the For the People Act, fully restore the 1965 Voting Rights Act, and raise the federal minimum wage to $15. The four-week action begins with the July 12th press conference and national call-in action at 1 pm.

Support the four-week Direct Action Campaign by signing the ‘Which Side Are You On?’ open letter to the Senate and White House: https://actionnetwork.org/petitions/which-side-are-you-on

Lillian's List is hosting a Candidate Training on October 16th and 19th for women looking to learn the nuts and bolts of running for office.
Read More →