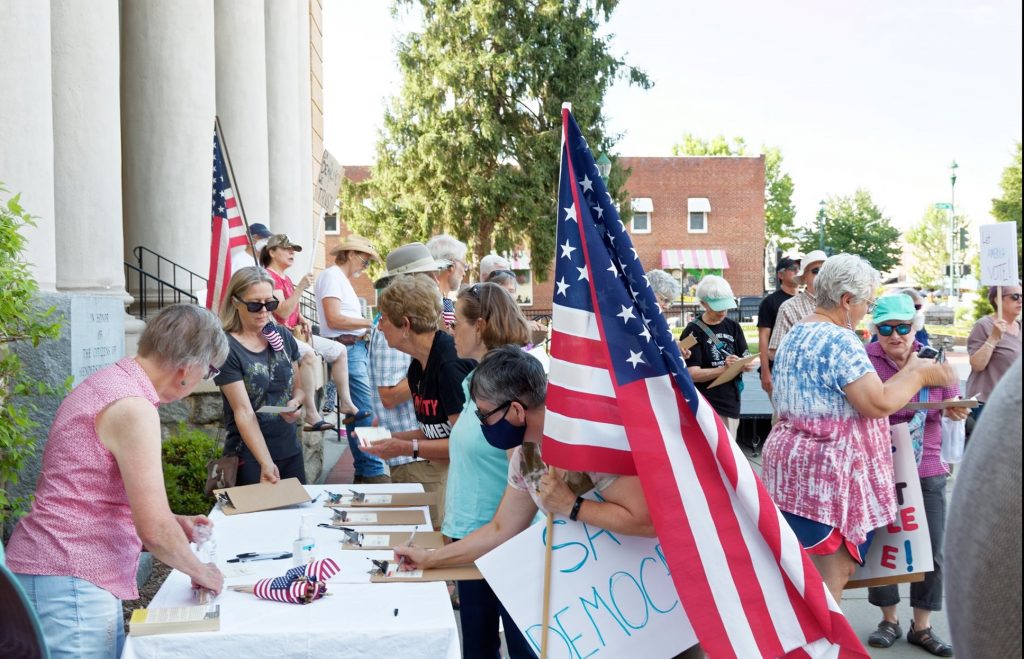 On Friday, July 2nd, Indivisible AVL turned out on the steps of the Historic County Courthouse in Hendersonville, in front of Sen. Tillis’s WNC office, in a show of support for the critical voting rights protections and democracy reforms in the FOR THE PEOPLE ACT (Senate bill S.1). This Deadline for Democracy Rally was part of a nationwide campaign, with over 375 events in 40 states and Washington DC held during the July Congressional recess (June 28 through July 10), to call attention to the urgency of passing the FOR THE PEOPLE ACT.

We opened with a solemn reading from five of our nation’s founding documents:

You can listen to the readings, which begin at the 5:45 minute mark in the video below.

Rescuing the Stars of Freedom

Senators Tillis and Burr, along with every other Republican in the Senate, have opposed the democracy protections included in the FOR THE PEOPLE ACT.

Each of these key reforms was represented by a star, rescued from the trash where Sen.Tillis would leave it, then placed on the top of the Statue of Liberty: 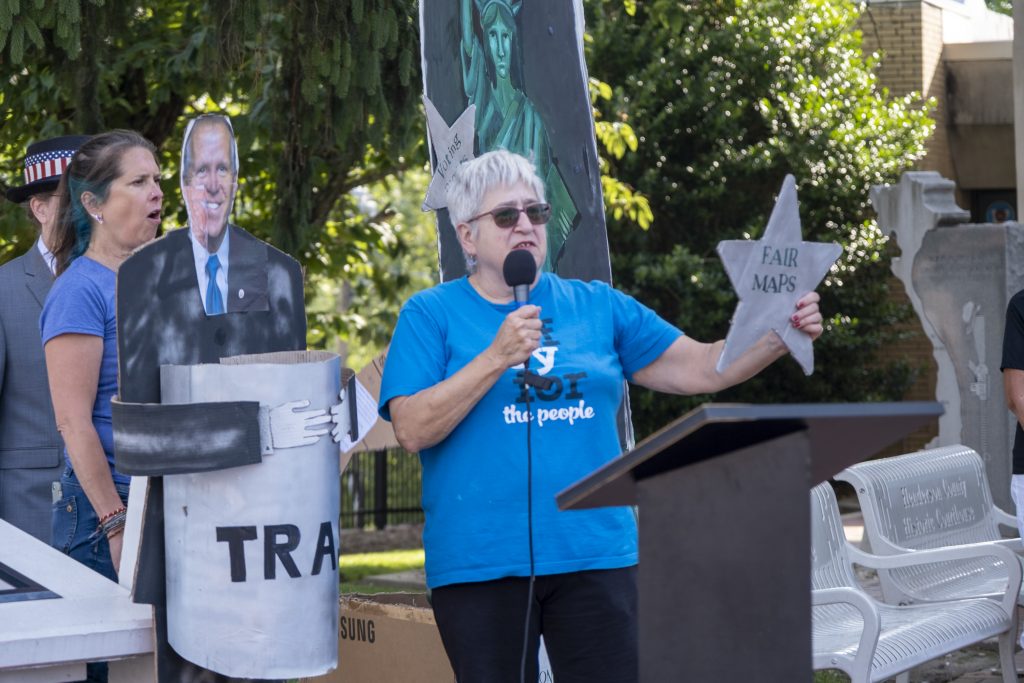 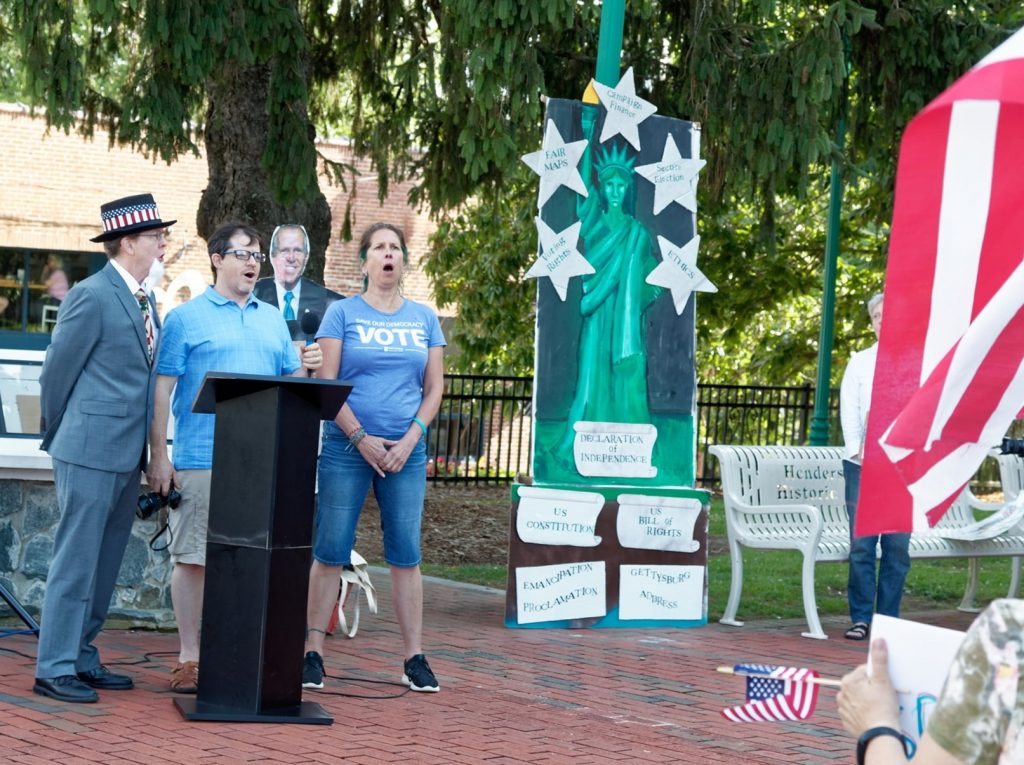 We ended with the singing of the national anthem and a pledge to continue to fight for democracy, as long as it takes.

Our message for Senators Tillis and Burr is clear: “Democracy is not a partisan issue. WE support Voting Rights, Fair Maps, Campaign Finance Reform, Election Security, and Ethics in Government. And YOU SHOULD, TOO!”

For more on the rally and the For The People Act, read the speaker’s notes here.

For next-step actions and downloadable postcards for your senators, click here.

Posted in News and tagged For the People Act, Voting rights
← Support the For The People Act: Take Action NOW!Deadline for Democracy Rally | Speaker’s Notes →