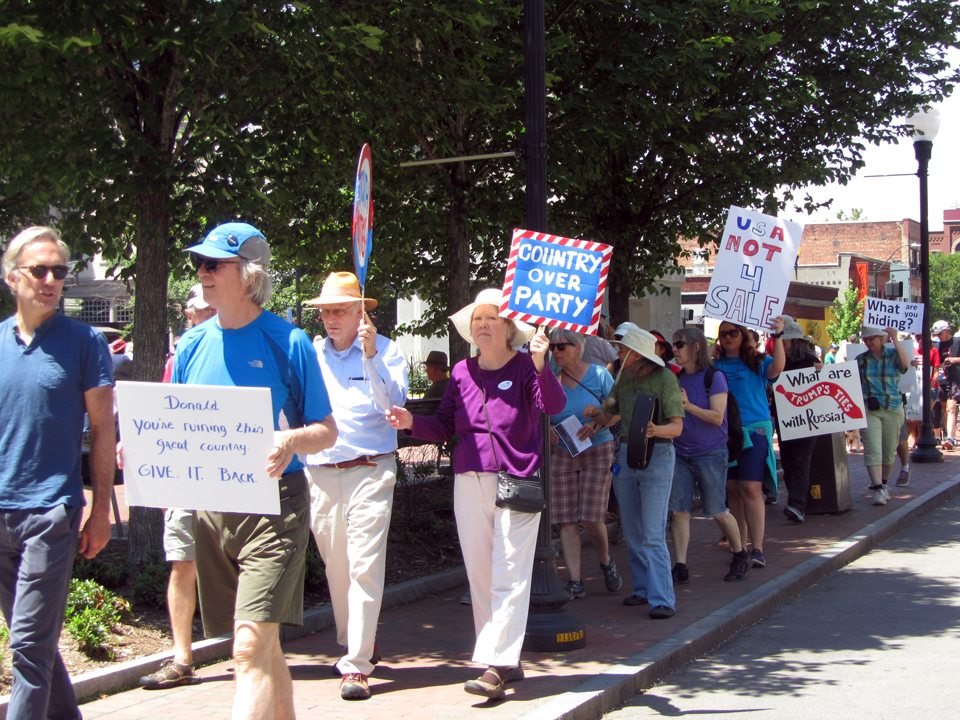 On June 3, 2017 citizens around the country participated in The March for Truth.

1. Establish an independent commission to investigate Russian ties
2. The commission must operate with transparency
3. Congress must compel Pres. Trump to release his tax returns
4. Any crimes or collusion discovered must be prosecuted

Asheville’s March for Truth was held at Pack Square. Hundreds of resolute resistors joined the group. As always there were lots of interesting, well-thought out signs. We listened to speakers, wrote postcards to Senator Burr as part of Indivisible’s #RussianTies campaign, talked to like-minded protestors unhappy with the current administration, and of course, Marched for Truth!

Speakers had an enthusiastic reception from the crowd. We were especially excited to meet and speak with Kenneth Queen. Kenneth recently announced his run for House of Representatives, District 10 against incumbent Mark Meadows.

Speakers: The event was kicked off by our MC and leader of IndivisibleAVL, Brenda Murphree

Following the march, on June 5, We sent 400 #Russian Ties postcards to Senator Burr, expressing our wishes for an aggressive, non-partisan, transparent investigation, and our discontent with the current Senate Intelligence Committee’s investigation. 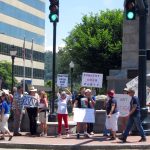 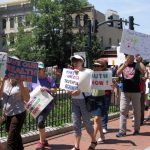 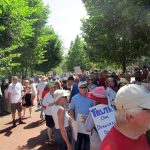 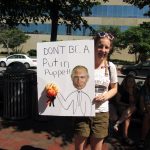 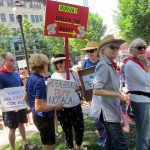 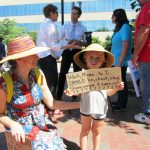 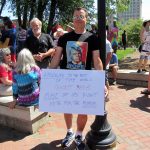 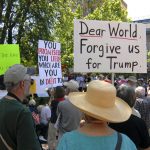 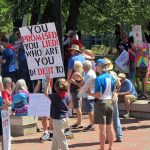 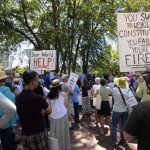 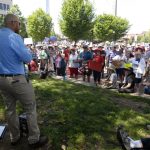 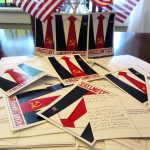 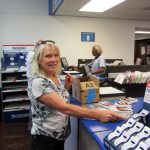 Posted in News and tagged Russian, RussianTies
← Beer and PoliticsRally for 23 Million →