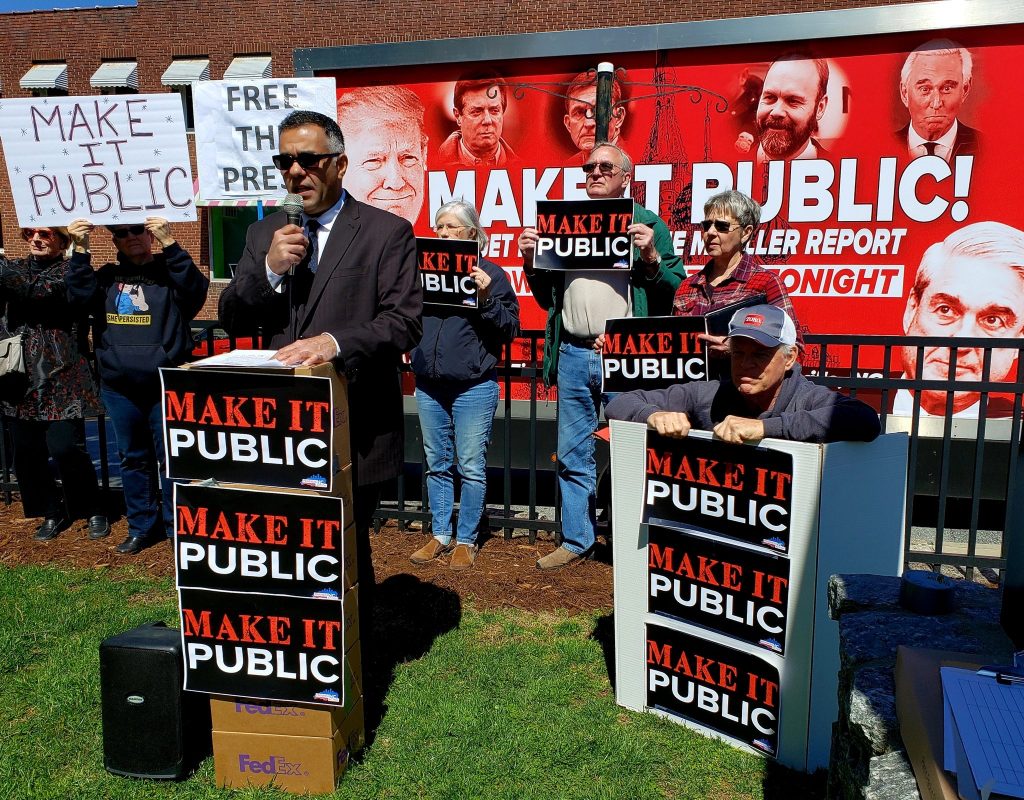 Indivisible AVL and Progress NC Action held a press conference Thursday, March 26, in the Courtyard of the Historic Courthouse in Hendersonville, just outside Sen. Tillis’s Western North Carolina Regional Office. Five large boxes filled with nearly 5,000 petitions to the Senator served as a podium, and we attempted to deliver the petitions to his office following the press conference. The Senator’s office did not respond to an earlier request for an in-person meeting with staff. Faisal Khan, with Progress NC Action, and Brenda Murphree, with Indivisible AVL, presented statements to the media on the importance of making the Mueller Report public.

The press conference was presented by Progress NC Action, Protect the Investigation, and Indivisible Asheville/WNC, with support from the Progressive Alliance of Henderson County.

News coverage of the press conference and of the town hall held later in the evening at the First Congregational UCC Church in Asheville can be seen here.