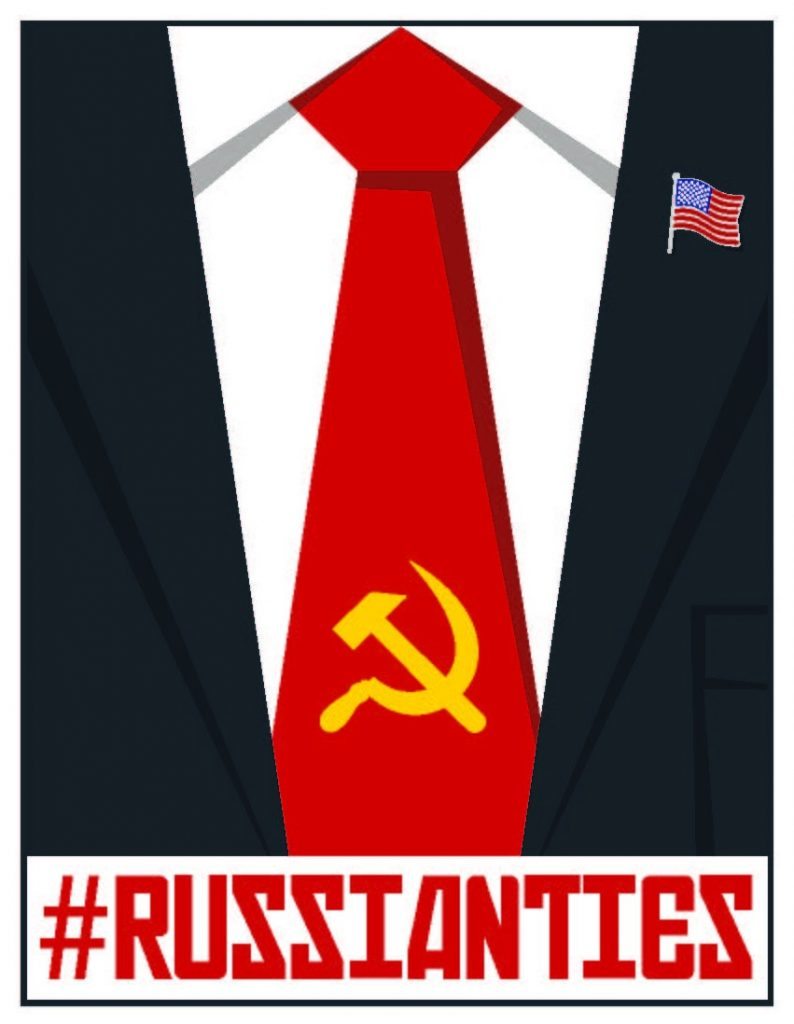 On March 10, 2017, over 8,000 #RussianTies post cards were mailed by NC voters to Senator Richard Burr’s office in North Carolina, and Washington DC. IndivisibleAVL took part by hosting a post card writing party at the Pack Memorial Library the day before. The mail out was in response to Richard Burr’s comments to the media, that as Chairman of the Senate Intelligence Committee, he’d seen no evidence of the Trump team’s communications with Russian officials  during  the campaign. Most troubling was that by his own admission, he made the remarks at the request of Donald Trump!

We wanted to send him a strong message that he should recuse himself from the investigation, and for the sake of our democracy, ask for an independent  investigation.

Nine volunteers with the IndivisibleAVL Congress Watch group brought the post cards and invited people in to share their thoughts with Senator Burr. Most of the attendees sent simple messages: ‘We don’t look good in #RussianTies’, ‘We demand you recuse yourself and call for an independent investigation’, ‘Donald Trump must release his tax returns’. Others spent some time and wrote as much on the matter as would fit on a post card. Our youngest writer was 8 years old! Not legal voting age, but an important voice none the less.

On March 10, we mailed over 300 postcards. Thank you to everyone who came! It’s a good feeling to know that Asheville is a part of the loud chorus being heard across this country. 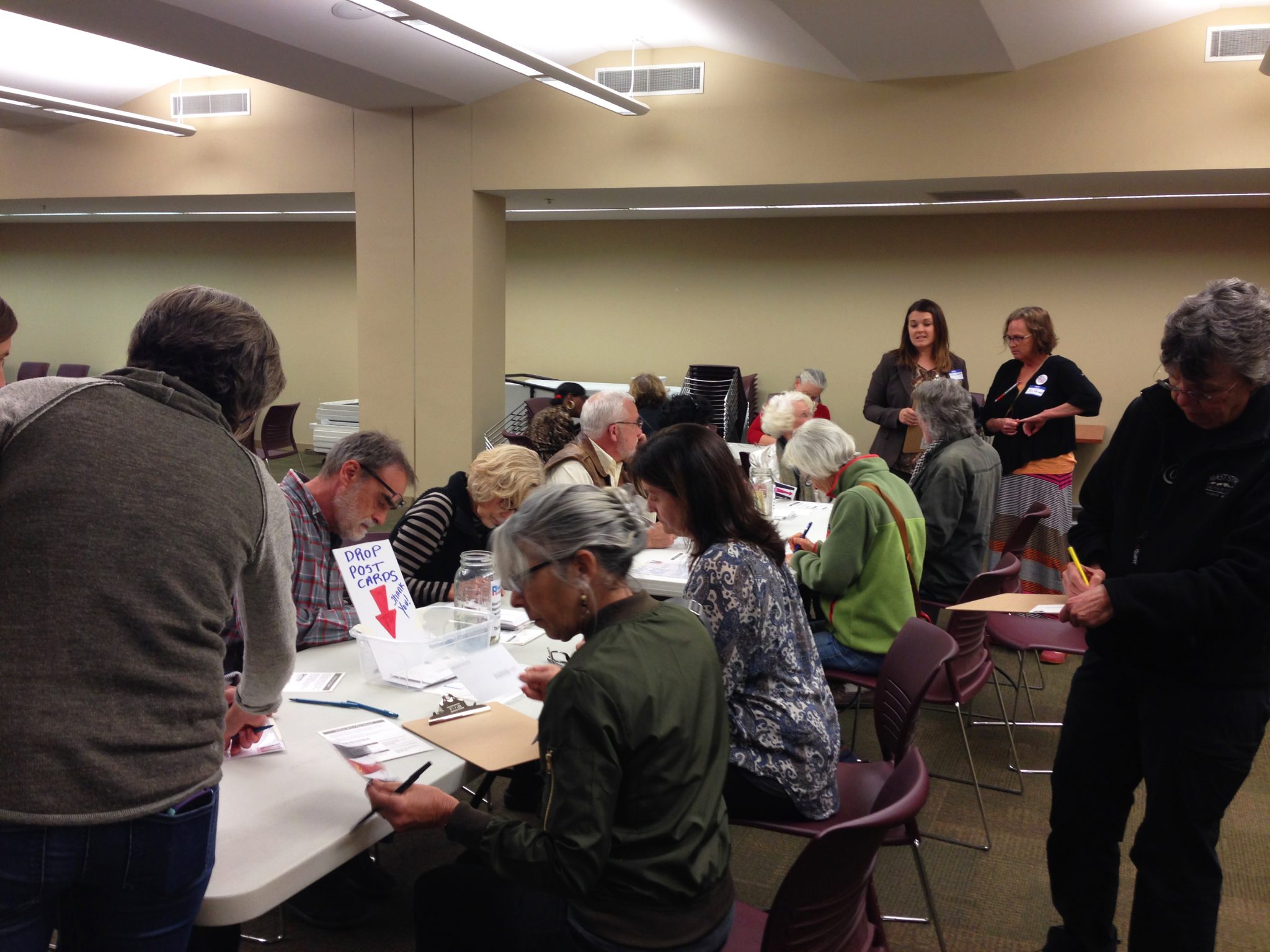 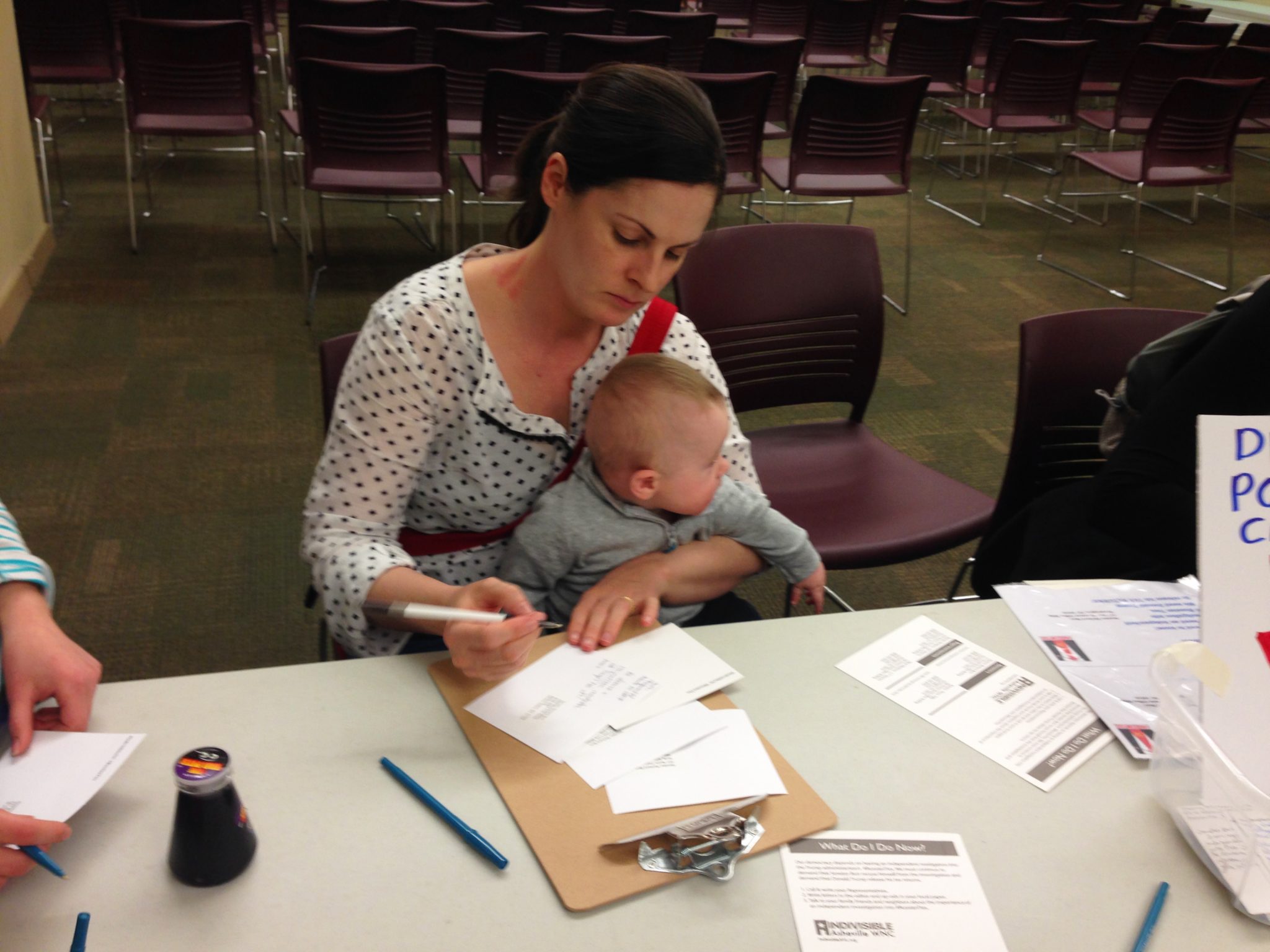 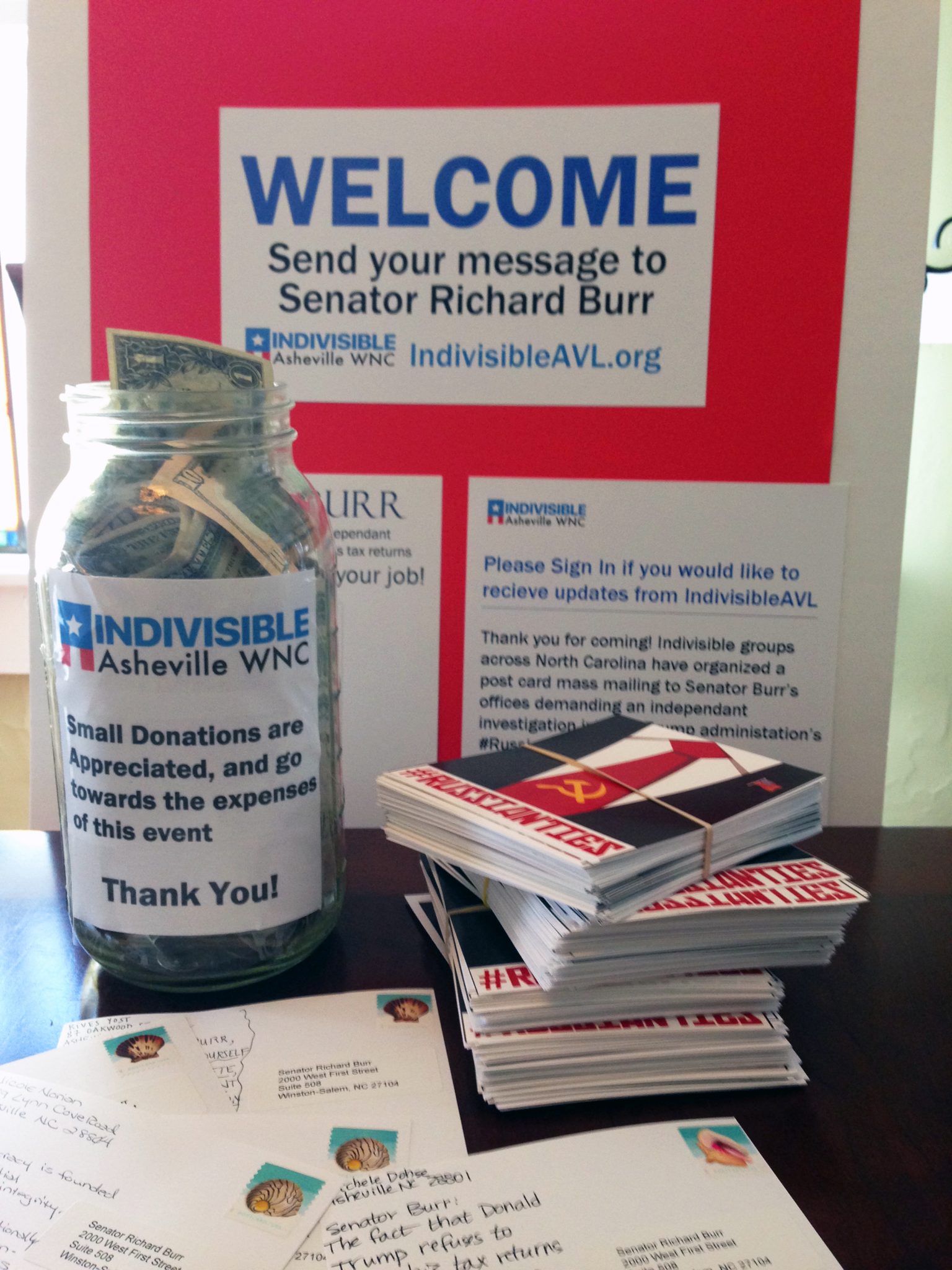