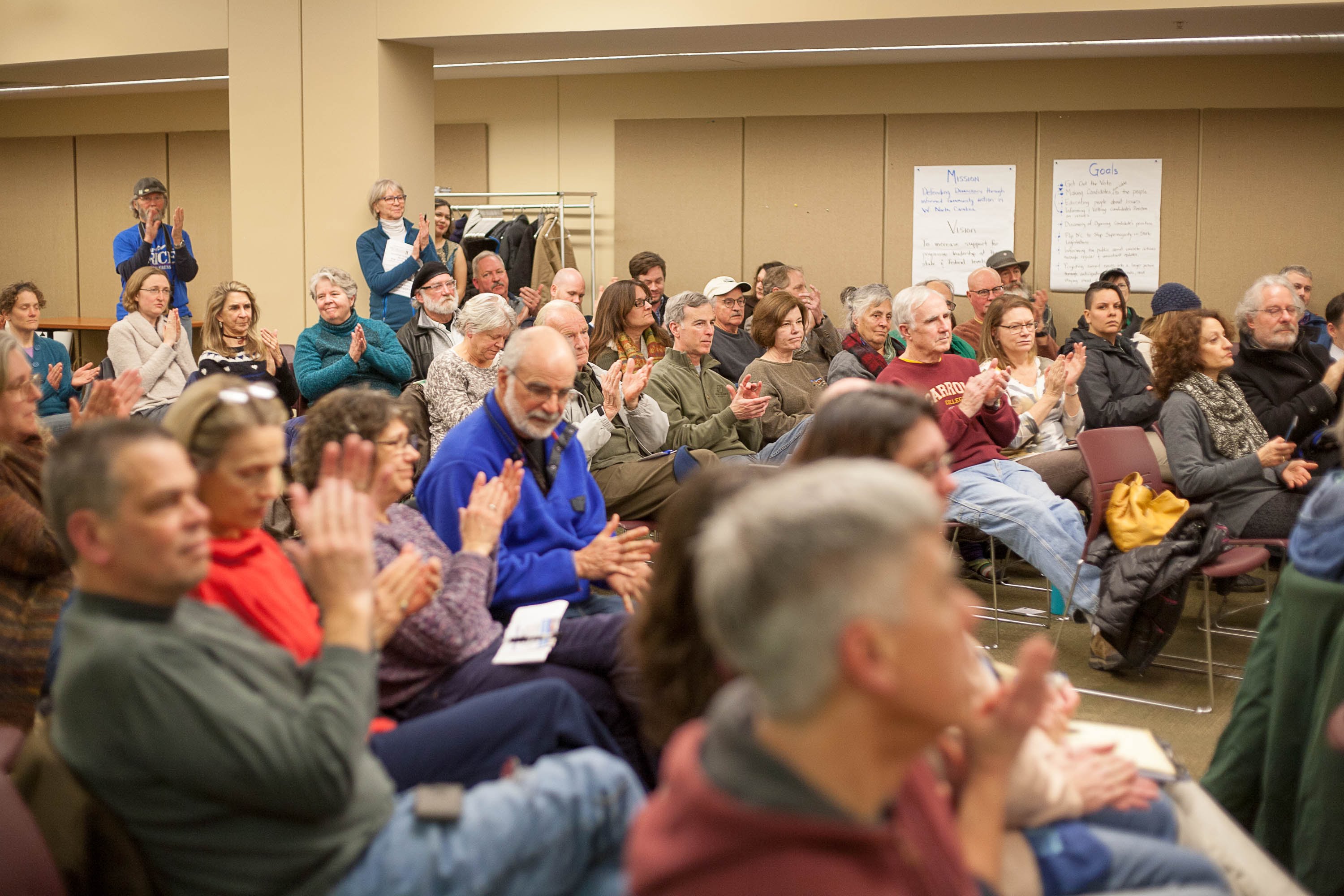 We kicked off our 2018 Monthly General Meetings with a great crowd at Pack Library Auditorium Tuesday night. After a slideshow highlighting the jam-packed actions and events in 2017, we reviewed our Vision and Goals for 2018:

Our featured speakers included four candidates for the U.S. House of Representatives: 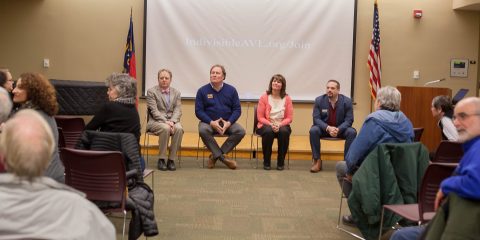 Also running in the Democratic primary for District 11 is David Woodsmall, who had a prior engagement and was unable to attend. (See info at woodsmallforcongress2018.org.)

After presentations from each of the four candidates, we opened up to general Q&A from the audience and had to cut off questions for lack of time. We encourage everyone to read up on all the candidates and learn more. 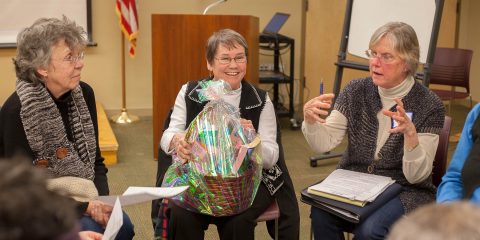 Afterwards we held breakout sessions for members interested in getting involved in our U.S. Congress Watch team or our NC General Assembly (NCGA) State Legislature Watch team. One of the NCGA team members was the lucky winner of this month’s Raffle Basket, which included lots of goodies:

Be sure to get your raffle tickets at the next meeting! 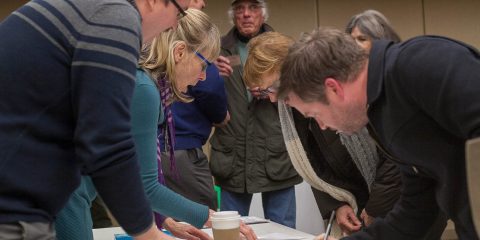 General meetings are held on the last Tuesday of the month, at 6:00 pm, at various central locations. Next month’s meeting will be on Tuesday, February 27, 6:00-7:30 pm, at Pack Library Auditorium (67 Haywood Street, Asheville, 28801) and features guest speaker Kelly Garvey, founder of the state legislative tracker KillTheBill.com.