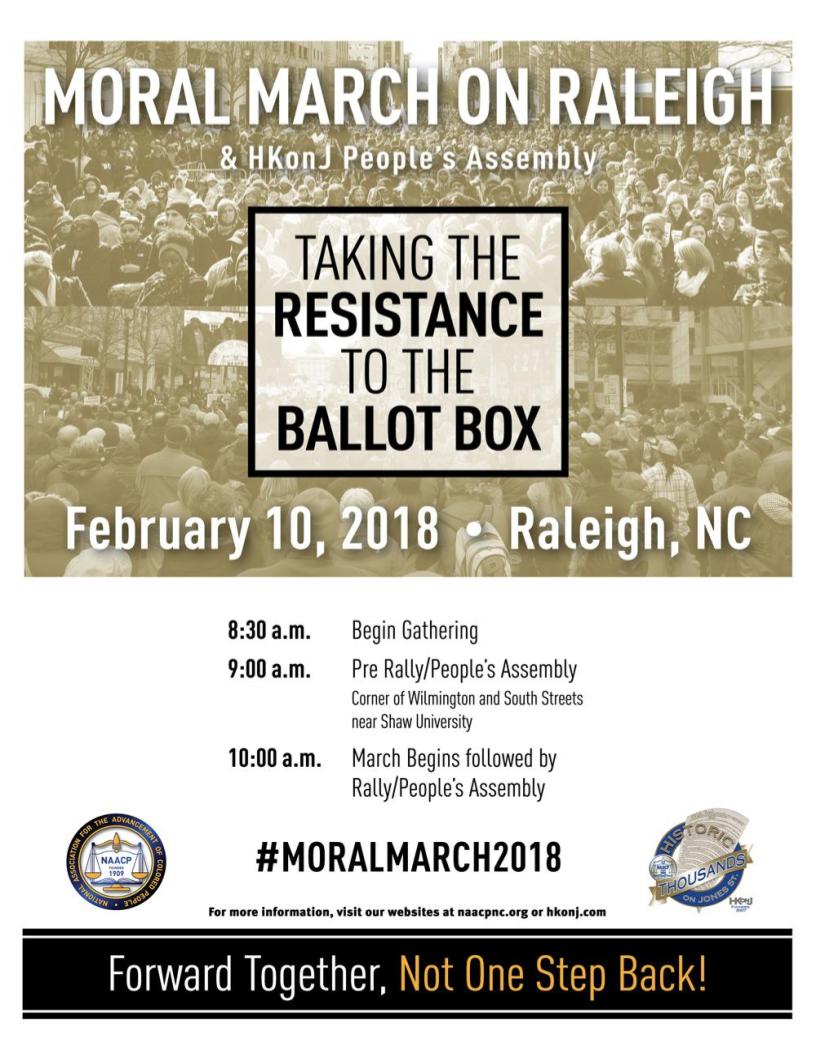 Join us on Saturday, February 10, as we march on the state capital in alliance with the NC NAACP and hundreds of other sponsor organizations in the annual Moral March on Raleigh.

The Historic Thousands on Jones Street (HKonJ) People’s Assembly Coalition holds an annual mobilization called the Moral March on Raleigh & HKonJ People’s Assembly. In 2017 it drew approximately 80,000 people, and this year we’re aiming for even more. Each year, on the 2nd Saturday in February, thousands of HKonJ marchers flood downtown Raleigh, NC where the HKonJ People’s Assembly convenes and ultimately marches to the North Carolina State Capitol.

The Historic Thousands on Jones Street (HKonJ) People’s Assembly Coalition is made up of the more than 125 North Carolina NAACP branches, youth councils, and college chapters from across the state and members of over 200 other social justice organizations. The statewide Indivisible network, IndivisiblesNC, is a sponsor organization, and Indivisible groups all over the state are taking part.

IndivisiblesNC groups will try to meet (as much as possible in the crowds) at McDonalds on the corner close to the start of the March (corner of Wilmington and South Streets).

For more information on the People’s Assembly or the march itself, visit naacpnc.org/hkonj-peoples-assembly-coalition/.

How to Get There

Indivisible AVL is joining with other groups for transportation.

No sticks on signs.  Bring water and sunscreen. And remember this is a peaceful assembly.