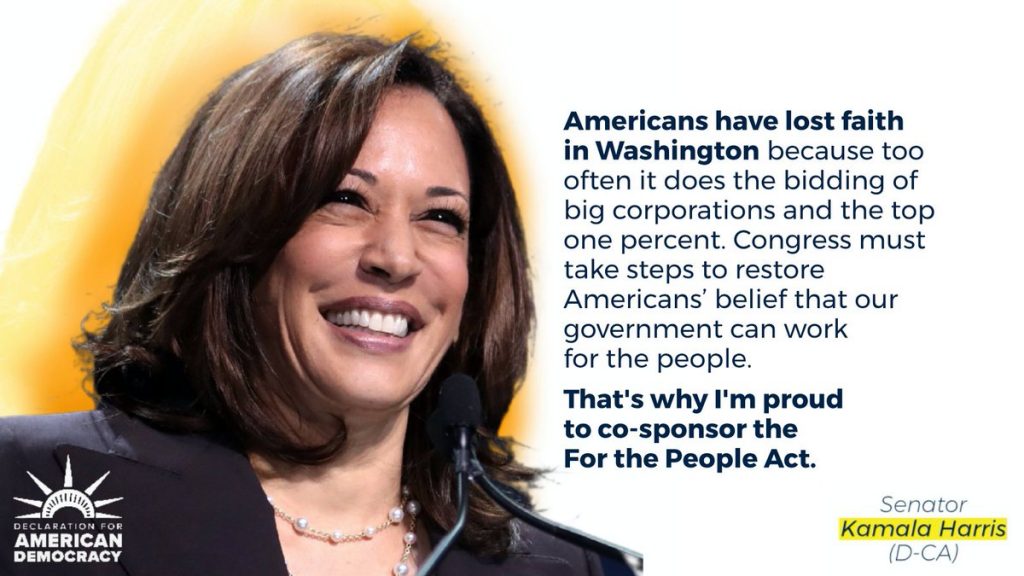 HR1, the For the People Act, is a once-in-a-generation democracy reform package that will clean up our political system, expand and protect voting rights, end gerrymandering, and counter the power of big money in politics. When HR1 is passed, we will see progress on the issues we care about most like combating climate change, ensuring affordable healthcare for all and fighting for racial justice. We have the opportunity to enact change – and we must do so together.

Indivisible AVL is working with the national coalition, the Declaration for American Democracy, on this issue. They’re asking everyone to contact their legislators and ask them to vote for HR1. Our District 11 Congressional Representative is Madison Cawthorn (R). Please tweet him on Tuesday, the 12th, and tell him to vote for HR1. Here’s a suggested tweet:

@CawthornforNC, I urge you to vote in favor of the #ForThePeopleAct (#HR1) — the biggest pro-democracy reform bill since Watergate.

Posted in Actions and tagged Politics
← Urgent! Tell Rep Cawthorn to support the For The People Act on Monday, the 11thVoice Your Opinion With A Letter To The Editor →